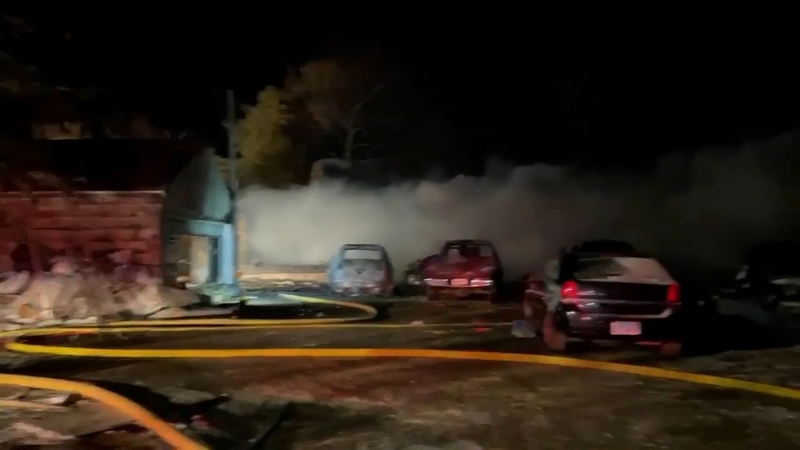 The Boone County Sheriff's Office said flames were visible when deputies arrived on the scene of the fire in the 11000-block of Fleming Road in rural Garden Prairie around 2:20 a.m. Garden Prairie is located between Belvidere and Marengo.

The sheriff's department said three children and two adults were among the give dead in the fire. Officials said they believe all the victims are related, but their identities have not yet been released.

Officials said the house, shed and three vehicles all caught fire, trapping the people inside.

"We've been here since 2:30, so it's taking a long time, not only since we got everything extinguished to piece together the information from the family members of how many were unaccounted for," Chief Brian Kunce of Boone County Fire District #2 told WTVO. "It's taking a long time just to get through the debris safely to find the victims."

Six people who lived at the home, as well as one sheriff's deputy, were transported to local hospitals with injuries, according to the sheriff's office. The sheriff's deputy was treated and has since been released. No information on the other victims' conditions was available at the time.

"We had six patients right off the bat that we had to tend to at the same time," Kunce said.

Fire officials said the home's rural location and the weather delayed their response. The cause of the fire remains under investigation.