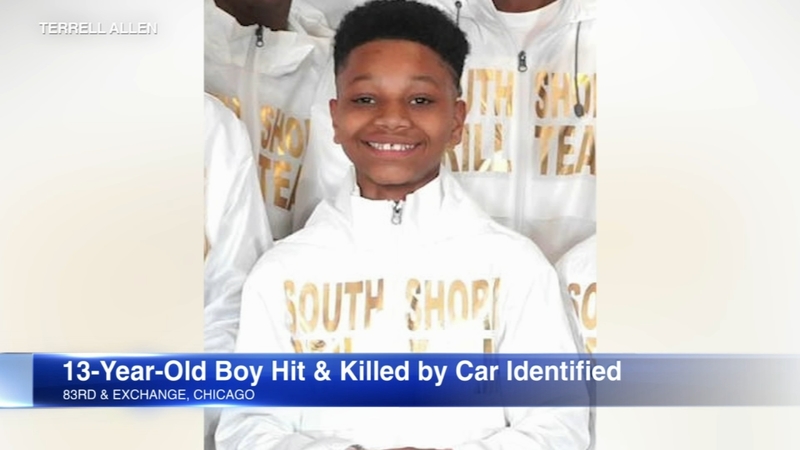 CHICAGO (WLS) -- Authorities have released the identity of a 13-year-old boy who was killed after being struck by a vehicle in the South Chicago neighborhood Thursday.

Chicago police said the teen was walking in a crosswalk when he was hit by a vehicle at around 6:20 p.m. in the 8300-block of S. Exchange Ave.

The vehicle was traveling westbound on 83rd Street at the time, police said. The driver, 52, stayed on scene, according to CPD.

The teen was transported to Comer Children's Hospital, where he was pronounced dead. He has been identified to the Cook County Medical Examiner's Office as Trayvion West.

People in the area heard a woman screaming for help when the boy was hit.

"It came out of the garage across the street and I heard the lady screaming the kind of scream you don't want to hear like something terrible happened to somebody that they loved," said David O'Bannon, who works nearby.

West was a member of the South Shore Drill Team, performing with the American Flag Rifles.