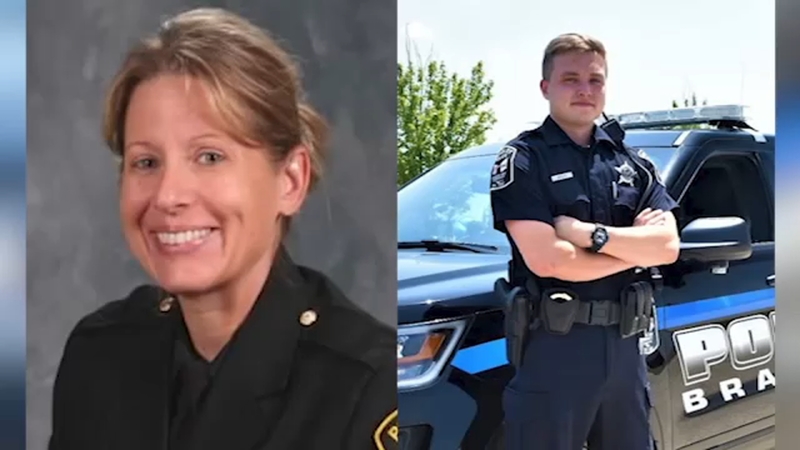 Sgt. Rittmanic, 49, was killed and her partner Officer Tyler Bailey, 27, was critically wounded in a motel shooting last week.

Sgt. Rittmanic and her partner responded to a call Wednesday night of dogs barking in an unattended car in the parking lot at the Comfort Inn off of Route 50, the Kankakee County Sheriff's Office said. They went to the hotel room where the car's owner was staying when police say the people inside the room began attacking the two officers, shooting them.