Woman relieved after 'brain tumor' turns out to be parasite 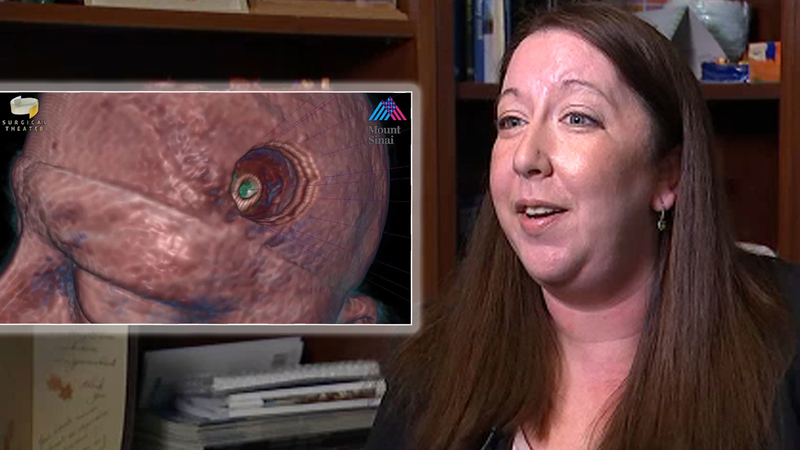 Woman relieved after "brain tumor" turns out to be parasite

This news was also surprising to the doctors at Mount Sinai Hospital because until last September, when neurosurgeons opened up Rachel Palma's skull, they thought just the opposite.

It was January of last year when strange things started happening to the 42-year-old woman from Middletown, New York.

After countless doctor visits and numerous brain scans, specialists at Mount Sinai found the problem and developed a plan of attack: a three-hour surgery.

They fully expected to find a marble-size malignant brain tumor. Instead, they found a parasite.

They showed us images of the brain scan and described what they saw: "This is the lesion, and you can see how it enhances - it's very bright white here. And inside of it, it's dark. And you see the same thing here."

The big mystery to this story is how the parasite got there. The patient never traveled outside the United States. She doesn't recall eating uncooked meat. Frankly, she's given up trying to find an answer.
"I stopped asking questions and started celebrating and making the most out of life," she said, "because in an instant it can be taken away."

Doctors said had they known it was a tapeworm and not a tumor causing all the problems, perhaps a heavy dose of antibiotics would have served as a remedy.

But that didn't faze Palma.

"There is not a doubt in my mind that they saved my life," she said. "And they gave me my life back."