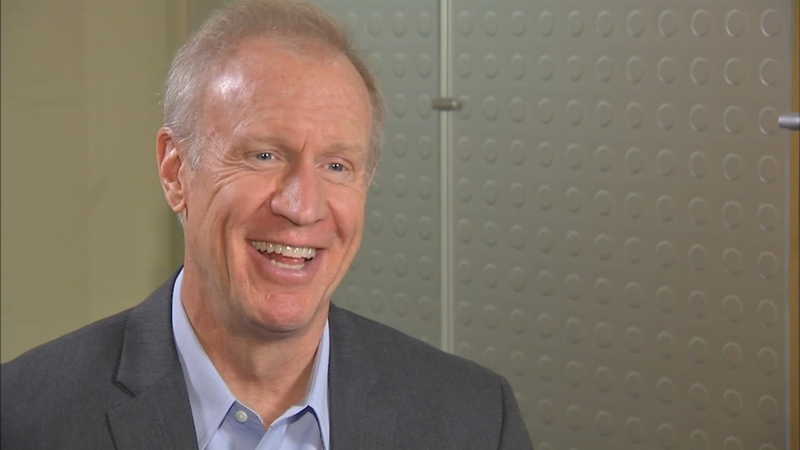 With the election just two weeks from Tuesday, Governor Bruce Rauner continues to walk the President Trump tightrope. On Monday the governor sat down for an exclusive one-on-one interview to talk about the home stretch of the campaign.

The polls showed Rauner trailing Monday, but the candidate said he doesn't put much stock into those.

"Well first of all the polls, I think are very wrong, they've been wrong the last few election cycles, I don't know that I'm trailing or leading right now, but I think I'm trailing a bit," he said.

With two recent polls showing Rauner trailing Democratic candidate JB Pritzker by 17-to-22 points, the governor may have no choice but to go to Murphysboro on Saturday for President Donald Trump's rally. Rauner skipped Trump's Granite City visit in August citing a schedule conflict.

"We're working on our schedules right now. The president's got a lot on his plate, I've got a lot on mine, I would like to see the president when he's in town because there's lot to talk about in terms of trade and immigration and other issues. Hopefully it will work out, we'll see," Rauner said.

The governor is still feeling the fallout from his own party after signing a controversial abortion bill back in the spring.

"Well, it's something I believe, I support a woman's right to decide," Rauner said, adding that despite the fact it has hurt him with Republicans, "Well, you know what, I do what I think is the right thing to do."

"You know this is rough, but politics in Illinois is basically kind of a blood sport," Rauner said when asked if he thought the campaign would get this bitter and nasty. "It's nasty. I knew that 5-6 years ago when I got into it. I've been accused of all kinds of ridiculous things, I don't pay any attention to it."

During a campaign stop at the Tempco electrical heater manufacturing plant in Wood Dale the governor told workers he was asking for their vote. Rauner said he believes voter turnout will be critical to his re-election.

"It will determine the election. We need everybody to get out to the polls, if we do we're gonna win," Rauner said.