Reopening Indiana: Restrictions on business lifted in much of state as part of Gov. Holcomb's plan 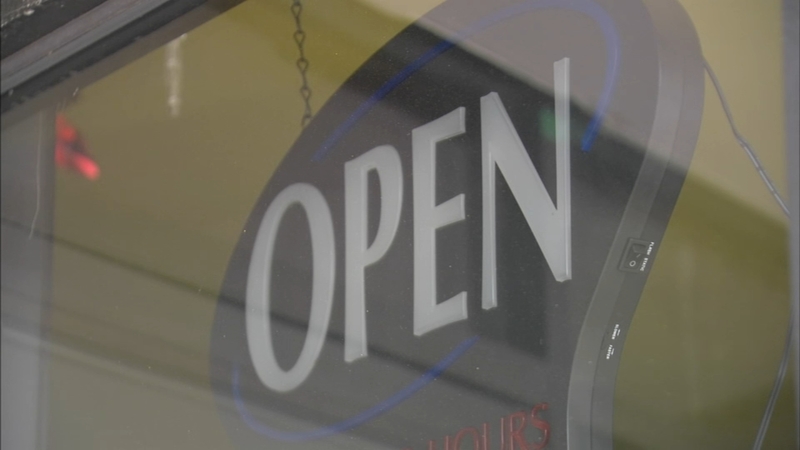 CHESTERTON, Ind. (WLS) -- The state of Indiana took a step toward reopening Monday, with the state easing restrictions on businesses in most counties.

The majority of the state moves to Phase Two of Governor Eric Holcomb's five-stage reopening plan.

"This town has been doing pretty much what they have been asked to do by the governor, so if they feel it's safe to do it with the set guidelines, I'm all for it," DeKoker said.

Businesses in most of Indiana began opening their doors Monday, but some communities were wary and some counties were not eligible to begin reopening.

But there is trepidation from others. In Chesterton, shoppers were few and far between, and shopkeepers are opening slowly.

"What my fear would be is that a whole bunch of people come in and I won't be able to regulate it, because my mom is older and my aunt is older and they both work for me," said Machelle Wagner, owner of Chelle's Boutique and Garage.
"I think that at some point they have to try it," northwest Indiana resident Dan Johnston said. "I can tell you that personally I'm gonna be watching the numbers very closely."

The state of Indiana takes a step toward reopening Monday, with the state easing restrictions on businesses in most counties.

The Valparaiso Chamber of Commerce took a survey of its members over the phased opening and said the majority were in favor of the governor's plan, as well as the health guidelines to keep employees and customers safe.

"It's a tough issue and you have folks on all parts of the spectrum from 'this is too soon' to 'this isn't enough' and I think the governor struck a nice balance," said Valparaiso Mayor Matt Murphy.

Not every county s eligible to open Monday, Lake County among then. Indiana officials say testing protocol there is not yet at a point where they can offer tests to any resident, and that's where they need to be before reopening can begin.

The Indiana Health Department is set to open a new drive-through testing site in Hammond.

"It's very significant," said Michael Repay, president of the Lake County Board of Commissioners. "I think testing is the answer."

The county partnered with Methodist Hospitals and Opus Inspection to set up Hammond's first testing location.

County officials said residents must bring their state ID to show you are a Lake County residents, and must show symptoms of the virus to get tested. Hammond's site off Gostlin and Magnolia will be able to test about 100 people per day and will be open for at least five days.

"If we have an opportunity where we get, you know, a better handle on supplies, et cetera, we're going to, you know, expand that," Repay said.

In Michigan City proximity to Chicago has people reticent about opening too fast.

"I think the feeling in the community is one of uncertainty, people do not know whether it is safe to go back to work or go back to their lives," said Kenneth Allen, civil rights lawyer and community leader.

That's why Michigan City's outlet mall and surrounding closed retailers will not be opening yet. The decision was made by the mayor, the first Republican to preside there for years.
"We are not out of this pandemic, and just because people say we are on the downside of this curve doesn't mean we can act like there's nothing out there anymore," said Michigan City Mayor Duane Parry.

"The virus is still out there," said Portage Mayor Sue Lynch. "We need to continue to practice with caution and keep our distance.

Lake, Marion and Cass counties will move to Phase Two at a later date.

Here's how reopening look in Indiana:

Stage 3 begins May 24, with playgrounds, gyms and movie theaters allowed to reopen.

Stage 4 is June 14, with bars and nightclubs allowed to reopen