Sears liquidation deadline looms, no offers to buy 24 hours out 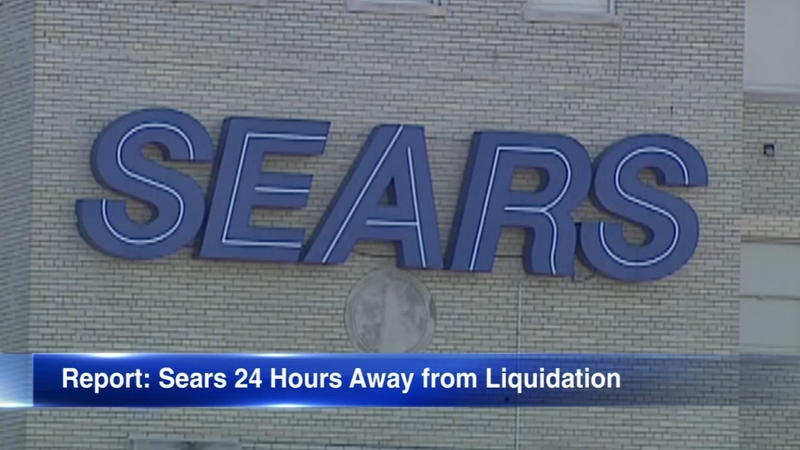 No offers to buy Sears 24 hours from liquidation deadline

Sears is nearing a crucial deadline that could determine whether it survives.

The bankrupt company set Friday as the deadline for potential buyers to bid for Sears' assets. It wants someone to buy about 500 of its stores and the Kenmore appliance brand to keep Sears and Kmart open for business.

Sears told the bankruptcy court it has interest from multiple parties. But the only public bidder for those assets is the hedge fund controlled by Sears Chairman Eddie Lampert, who is the company's largest creditor and served as CEO until its bankruptcy.

He is offering $4.6 billion for those operating assets. Lampert says his plan would let 50,000 Sears employees keep their jobs. The company had 68,000 workers at the time of its bankruptcy filing. Lampert is not offering to put up much new cash. Instead, he wants to forgive about $1.8 billion of the debt he holds from Sears.

Lampert has until Friday to make that bid official. If he doesn't -- and if no other bidders arise, Sears will have a critical decision to make. It could extend the deadline -- or it could decide to accept defeat and begin a plan to close all of its stores and liquidate its assets. A liquidation would probably take months to complete.

Sears and Lampert did not immediately respond to requests for comment.

Some Sears creditors, including landlords and vendors, believe shutting down the company is the best way to retrieve the greatest portion of the money Sears owes them. They question the legitimacy of Lampert's bid to keep it open.

In a bankruptcy court hearing last week, Sears' attorneys said it is considering bidders for its assets who would shut down the company.

The company also has a lot riding on its holiday season sales, which Sears indicated are not going as well as it had hoped.

At the end of November, Sears offered grim projections for holiday sales, expecting to burn through cash most weeks. But it hoped for a strong week leading up to Christmas to net $50 million in cash for the entire holiday shopping period. The company has not yet stated its holiday season performance.

If it missed its targets, its chances of survival will be significantly reduced.