ByEvelyn Holmes and Chuck Goudie via

Donald Trump canceled his rally at the UIC Pavilion Friday evening due, according to his spokesperson, concerns about safety.

CHICAGO (WLS) -- Donald Trump canceled his rally at the UIC Pavilion Friday evening due to concerns about safety, according to his spokesperson. 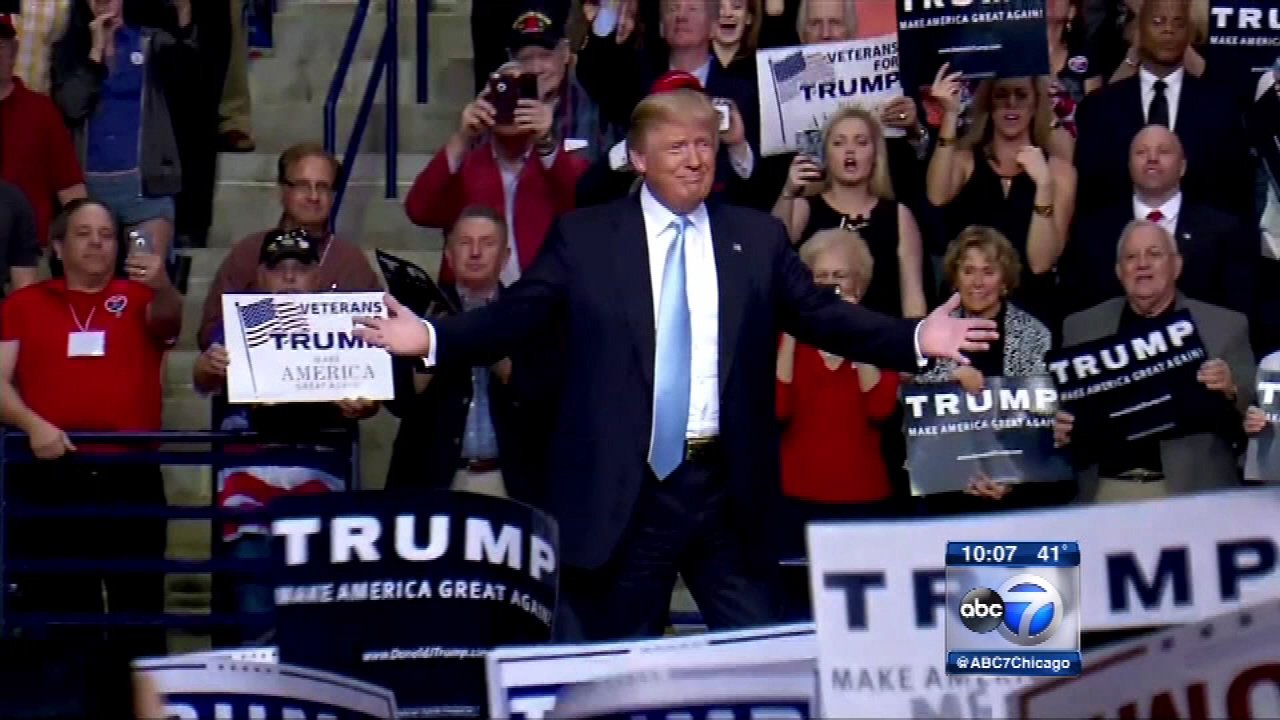