Driver charged after 3 killed in fiery West Side crash 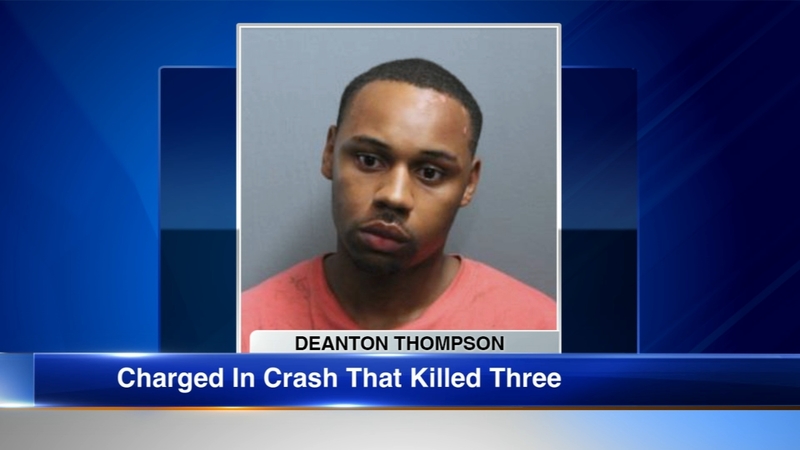 Driver charged in fiery West Side crash that killed 3

CHICAGO (WLS) -- A driver has been charged after a crash on Chicago's West Side killed three people on Sunday.

Police said 24-year-old Deanton Thompson was behind the wheel of the Chevy Malibu that caused the crash. Three people inside the Malibu were killed and one person in the Outlander sustained minor injuries.