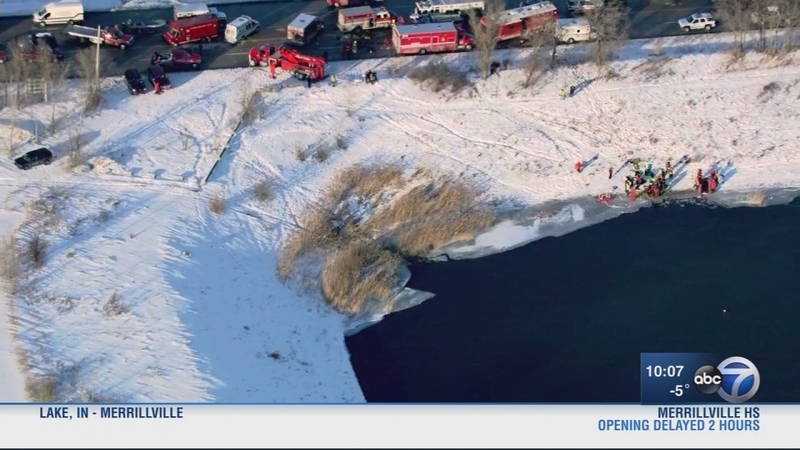 LYNWOOD, Ill. (WLS) -- Emergency crews searched a pond in south suburban Lynwood for nearly four hours during single-digit temperatures Sunday afternoon after a report that a vehicle went into the water.

At about 5 p.m., search efforts were suspended after crews were unable to latch onto the vehicle, which was in about 30 feet of water. The water was too murky to even see the license plate or determine whether people were inside.

The search will resume 10 a.m. Monday. The Cook County Sheriff's Office is leading the search.

Shortly after 3 p.m., crews located the vehicle and divers went into the water. First responders rotated in and out of the water because of the frigid cold. Two of the divers were treated for hypothermia and released.

The Chicago Fire Department sent their chopper to assist.