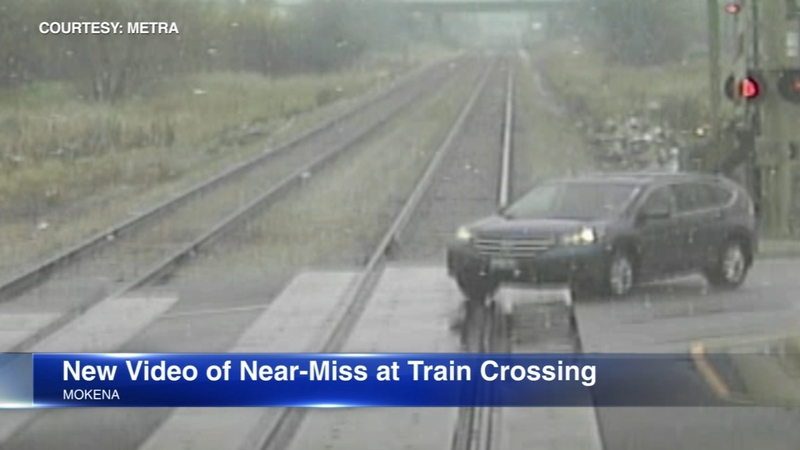 MOKENA, Ill. (WLS) -- New video has surfaced from a near-miss involving a Metra train in November.

The video, which gives the perspective from the train, shows an SUV as it makes it over the tracks in Mokena just ahead of the train.

A video released earlier by a Mokena Police officer showed the view from behind that SUV. The officer had to swerve at the last minute to avoid being hit by the train.