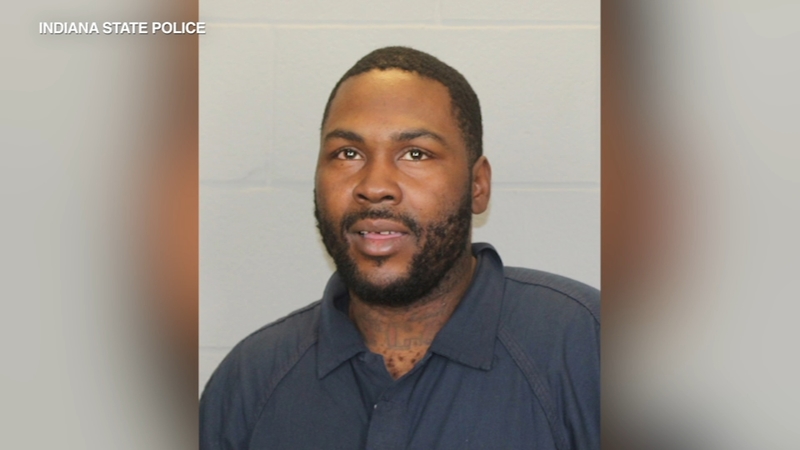 MERRILLVILLE, Ind. (WLS) -- Indiana State Police are searching for man suspected of carjacking and kidnapping a good Samaritan who stopped to help in a rollover crash on Interstate 65 in Merrillville.

According to police Randy Terrell Brown-Watkins was in a Chrysler 300 that was involved in the crash. He then carjacked the good Samaritan and forced him to drive away in the victim's van.

Troopers got word of the carjacking but were unaware the victim was driving. Troopers began pursuing the van into Illinois when it made a sudden stop on I-94 at 115th Street in Chicago. Police said, the driver then got out and immediately hit the ground and the suspect sped off in the van.

Officers tried chasing after the van again but eventually lost sight of it. It was later recovered abandoned about two miles away. Investigators said they also recovered a .22 Sterling Arms handgun from inside the wrecked Chrysler 300.

Police have issue a warrant for the arrest Brown-Watkins. He is considered armed and dangerous and has reported in both Lafayette, Indiana and Chicago. Warrants for his arrest have been issued by the Lake County Superior Court, Criminal Division 1.