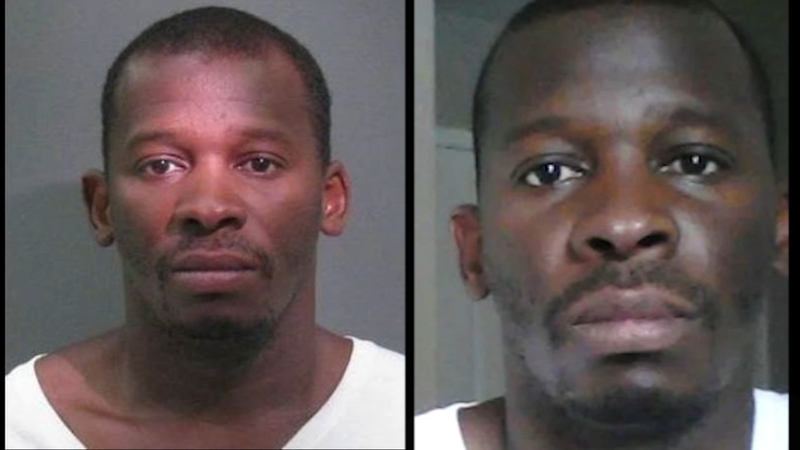 With his trial date just days away, Clay, 35, pleaded guilty to federal charges of kidnapping and attempted murder. He faces a minimum of 10 years in prison and up to life behind bars.

In September 2015, Clay lived up to his nickname "Mad Dog" when he twice ransacked a home in south suburban Lansing. On the second occasion, a 53-year-old resident was home. Clay threatened the woman with a hammer and kidnapped her, locking her in the trunk of her own car, for a trip to her bank where he stole money from an ATM.

Hours of sexual assault, attempted strangulation and torture followed, culminating with the woman's legs being doused with lighter fluid and then he set her on fire. According to his plea agreement, Clay admits that one reason he wanted to kill the suburban woman "was to prevent her from reporting the kidnapping and other crimes" to law enforcement.

Shortly after Clay was identified on suburban security cameras and arrested in 2015, the I-Team learned that he was a recent parolee from Danville Correctional Center. He had served less than half of an 11 year sentence for attempted armed robbery.

At the time he committed the horrific burglary, abduction and fire crimes in Lansing, he was part of a church transitional program for ex-cons. Clay was living in a home rented by the Oak Glen United Reformed Church in Lansing. Church officials said Clay joined their fellowship program after several years of Christian discipleship behind bars.

"As a community we are outraged, we don't want this individual in our community. We are going to work to fine tune this process so that something like this cannot happen again in Lansing," said Fabian Newman, a spokesman for the city of Lansing in 2015.

After sexually assaulting the victim and setting her legs on fire, Clay was arrested in Holland, Mich., when police found the victim's car abandoned at an apartment complex.

Clay had a long record in Michigan, including a 2009 armed robbery in Grand Rapids when he shot a man in the head. That victim survived-as did the Lansing woman, although she was left with disfiguring injuries.

Prosecutors and Clay's defense attorney Matt McQuaid were working out the final details of his trial, set to begin next Monday. "He admitted what he did and didn't want to put the victim through any more torment" McQuaid told the I-Team on Wednesday. "He did enter the plea knowing the high probability that he will get life" in prison.

In the plea deal, Clay also admits that he attacked a female case manager at the Metropolitan Correctional Center in downtown Chicago where he was being held in April 2017. "Clay pretended to make a complaint about another inmate, but once inside the office he pushed the case manager to the floor and took her keys, which he used to lock himself inside the office with the victim" authorities said. Clay admitted that he put a homemade knife to the case manager's throat and threatened to kill her before MCC employees used pepper spray on Clay to stop the attack.

He was charged separately in the MCC attack, but those charges were dropped as part of the guilty plea.

Clay's plea deal follows hand-written letters that he sent to Judge Virginia Kendall complaining about his inability to prepare for trial while being housed at the downstate Livingstone County jail, where he was moved after the MCC attack.

In one letter last April he wrote to Judge Kendall that he had been "suicidal" and "twice I tried to kill myself."