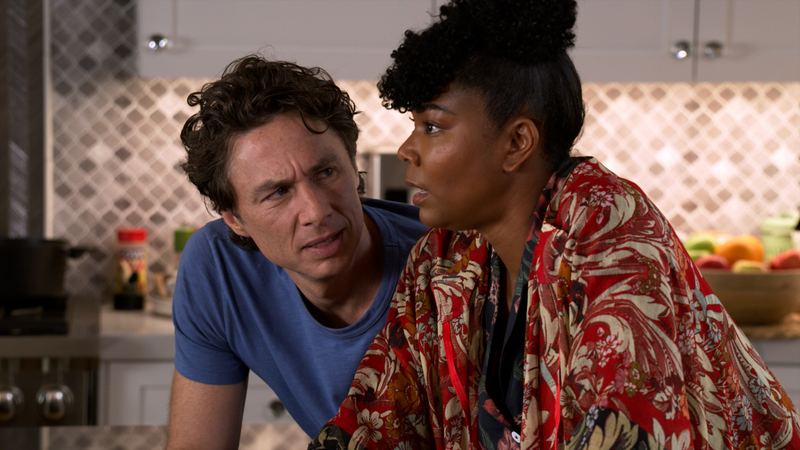 'Code Red' | Exclusive clip from 'Cheaper by the Dozen'

CHICAGO (WLS) -- "Cheaper By The Dozen" is a modern day take on the story of a family busting at the seams, and how mom and dad keep it together.

Gabrielle Union and Zach Braff star in this version, and talk to Hosea Sanders about this comedy you can stream now on Disney +.

"It was fun, I love kids," said Zach Braff, who plays Paul. "And especially, you can hand these kids off at the end of the day, you don't have to really live with them."

Braff added, "They're so talented, so funny, wise beyond their years. They taught me probably way more than I taught them, we just had a great time."

Braff actually first began making films here in the Chicago area when he was a student.

"I went to Northwestern University, I'll have you know," Braff said. "Not exactly Chicago, but Evanston, Illinois, that's where I made my first films and learned how to make movies."

This frenetic set was all about child labor laws.

"There's an expression from Cinderella which is, at the stroke of the third hour when this little 7-year-old can't work anymore, people shout, "He's pumpkining," director Gail Lerner said. "And when he pumpkins, it doesn't matter if I want a second take, it doesn't matter if I didn't shoot him, that kid is offstage doing homework or relaxing as he should be."

Gabrielle Union has her own blended family, with husband Dwyane Wade, a former NBA star and Chicago native.
Union spoke about trying to find a neighborhood to live in when Wade first signed with the Bulls.

"When you move into neighborhoods and folks are not used to Black folks living amongst them, having the same things, wearing the same outfits, that was a challenge in the Gold Coast," Union said.

She said there are some parallels between her life and the movie.

"We wanted to create a blended family in every sense of the word, racially, culturally, a variety of different abilities," Union said, "and how that balance between ambition and being a present family can impact everything."

"Cheaper by the Dozen" is now streaming on Disney+.