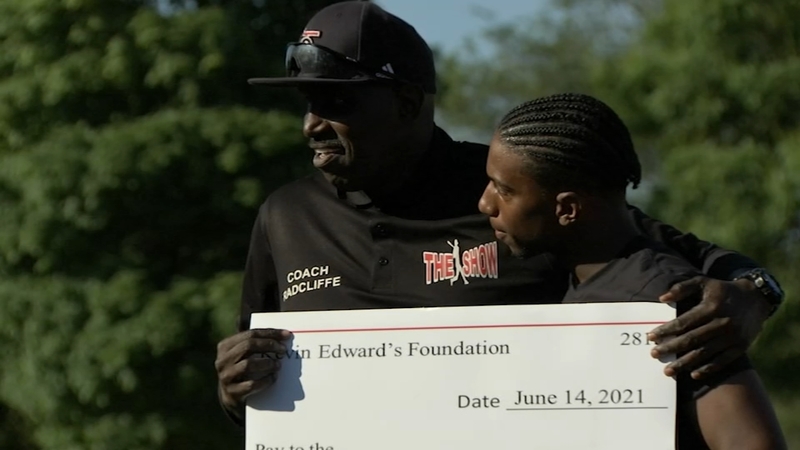 CHICAGO (WLS) -- Twelve baseball players accepted scholarships to play in college, and they all learned the game from Coach Ernest Radcliffe, who has made mentoring young athletes his life's work.

It's even earned attention from former President Obama.

Baseball is more than just a game for this South Side coach. It's about a fight to better these young men's lives.

"Radcliffe, that's character right there," said player Dorian Andrews. "He means what he says. He gets every kid to schools; he got me to the school."

Radcliffe said he's always been fueled by the passion to play, but more importantly driven by the need to help others succeed.

"I know that God has equipped me here to be a servant to all these young people," he said.

Tuesday night, on the same field where the 12 baseball players played and practiced, he hosted a "Signing Day" celebration for each of their college scholarships.

"It's a good feeling to know that you have someone there who will ensure that you're actually going somewhere, will give you a boost in life," Andrews said.

"It's important to have these programs, because it's so much violence out here, so many shootings," Radcliffe said.

He also said the mentorship and opportunity is badly needed on the South Side.

"Youth sports is a vehicle to capture young people in order to save lives," he said.

"It feels great, you just know someone else has your back and cheers for you just like they're one of your family members," Watson said.

Radcliffe, who also coaches a youth football program, said he will keep his programs going as long as resources and donations allow.