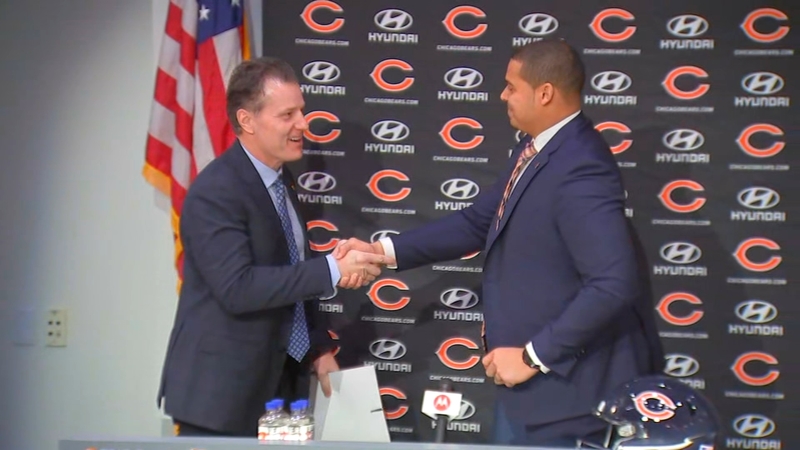 Both men have been hard at work assembling their new team.

Monday morning the media and the public got to hear from new general manager Ryan Poles, and new head coach Matt Eberflus for the first time.

Poles comes to the Bears from the Kansas City Chiefs, and Eberflus was the defensive coordinator with the Colts.

And on Sunday, the Bears hired Green Bay Packers quarterbacks coach Luke Getsy as their offensive coordinator. He will be in charge of developing QB Justin Fields.

Ryan Poles said he is ready for the challenge and hopes to make the Bears winners again.

"We will play at a high tempo, a high effort, attacking physical style built upon speed, quickness and explosive athletic ability," coach Eberflus said. "We will carry ourselves with an attitude of energy, passion and intensity. We will play with maximum effort on every play."