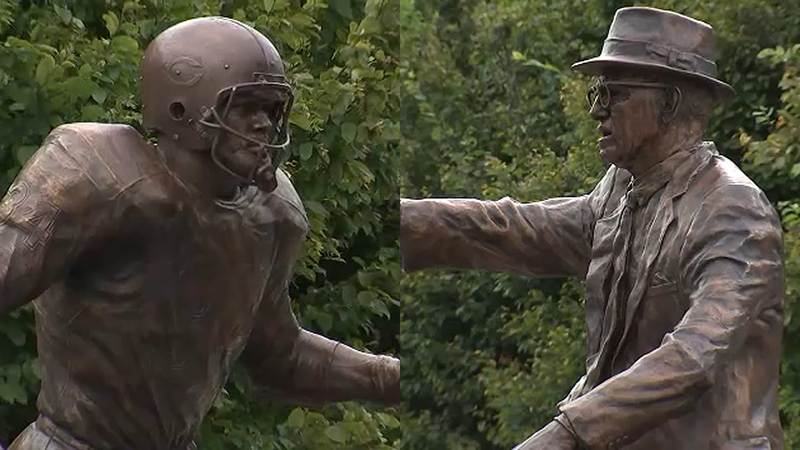 CHICAGO (WLS) -- Tuesday, the Bears cemented the legacy of two greats outside of Soldier Field.

The 12-foot, 3,000 pound bronze statues are part of this year's centennial celebration ahead of the opening game against the Green Bay Packers Thursday night at Soldier Field.

Walter Payton was a two time NFL MVP who played his entire 13 year NFL career with the Bears. Number 34 was the NFL's all-time leading rusher, finishing with more than 16,000 when he retired. 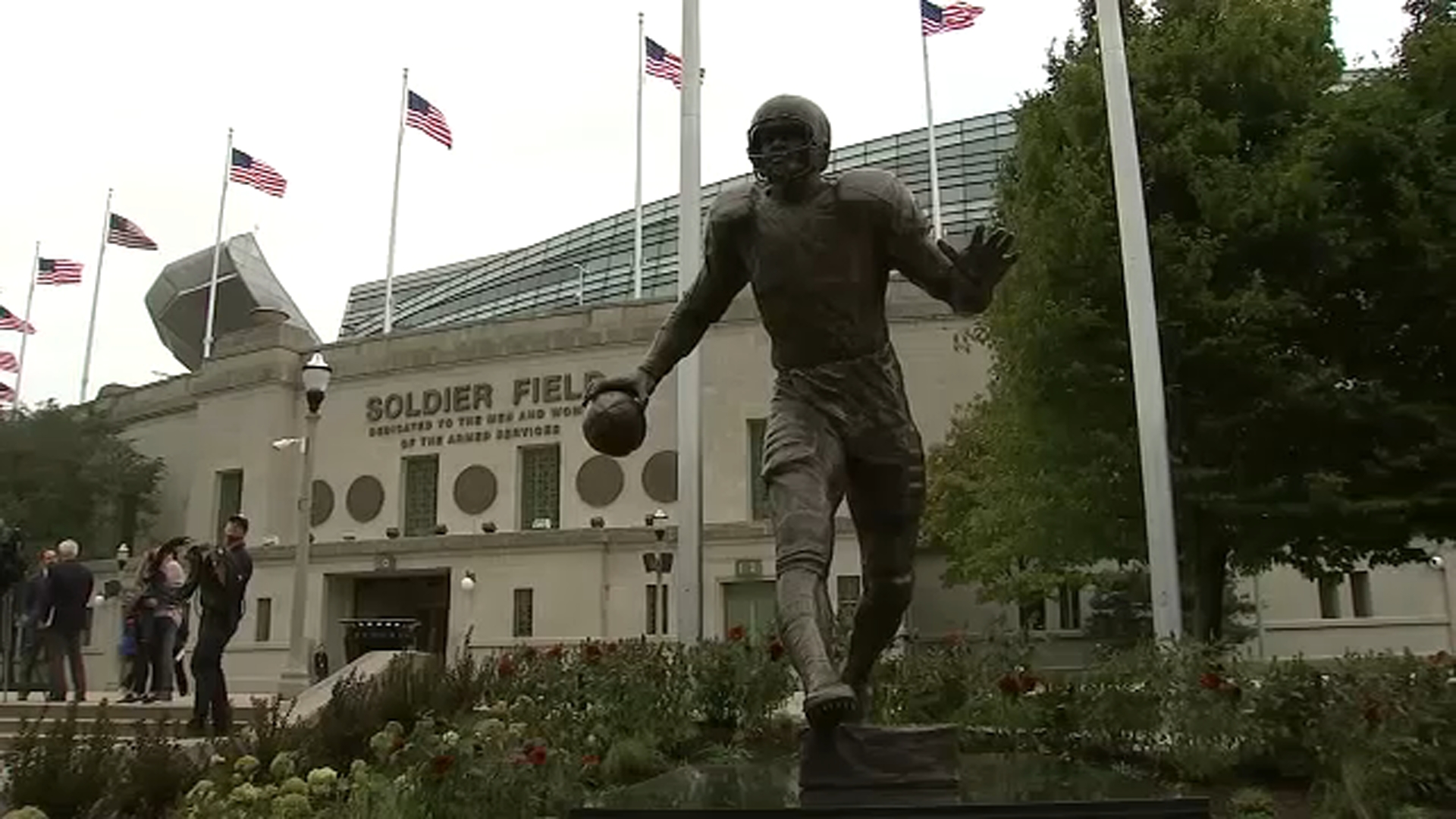 "I think he would be so humbled at this. He'd probably think it wasn't fitting for him," said Walter Payton's widow Connie.

"As great a player as he was, and he was the best player I ever played with, he was a better guy. A good guy," said Matt Suhey, his former teammate and good friend.

The Payton family, along with Bears officials and Suhey worked with the artist to get the best likeness possible.

They believe he nailed it.

"The likeness is unbelievable. It looks just like me," said Eddie Payton, Walter's brother.

George Halas was the franchise's founder and coached the team for 40 years. He won six championships with the Bears and is the franchise's all-time leader in victories with 318. He also played nine seasons for the team. 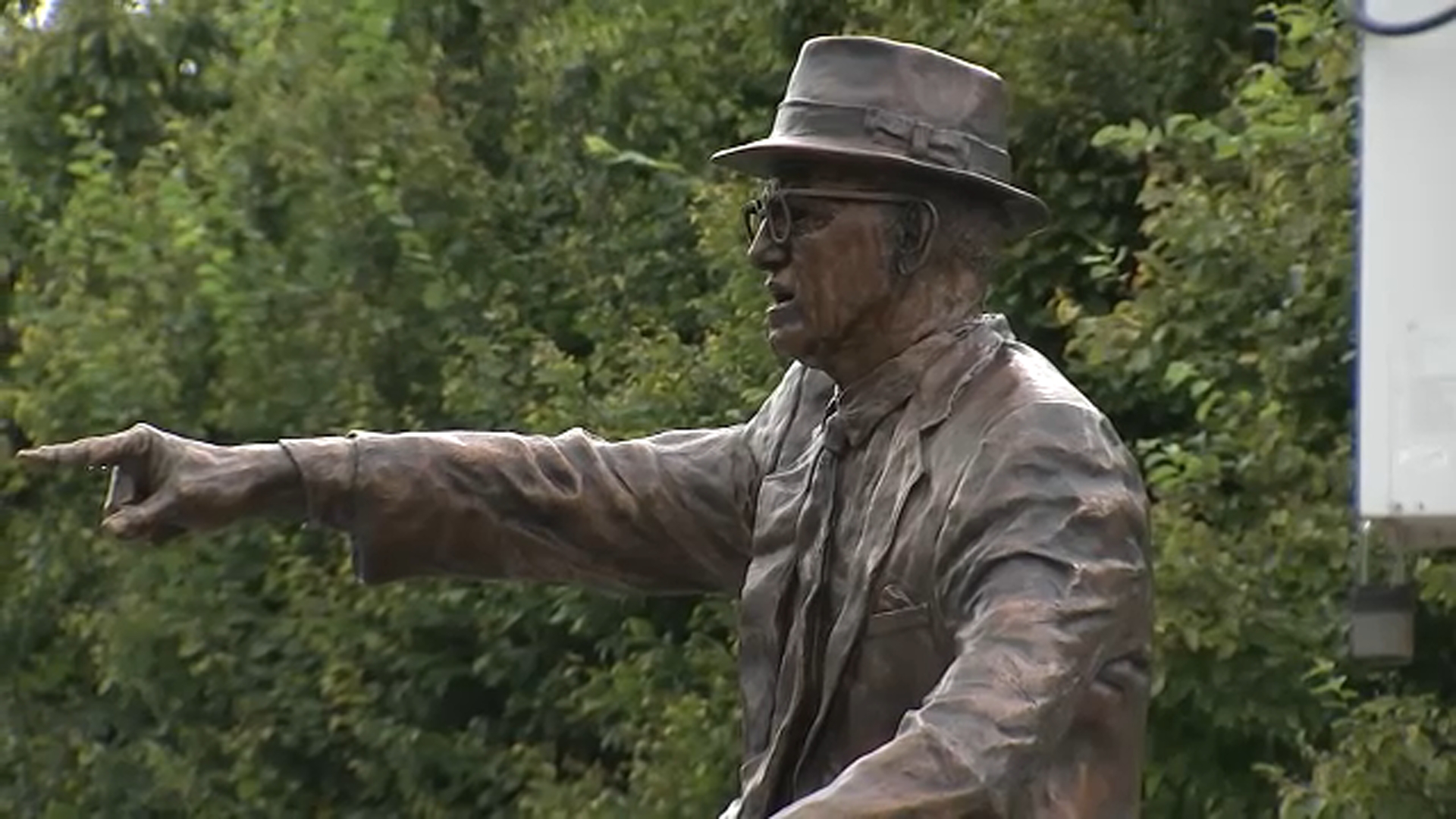 "We never dreamed that someday our dad and a Chicago Bear player would be honored in the same way," said Virginia McCaskey, the owner of the Bears and daughter of George Halas.

"Almost at the age of 80, after winning six championships with the Chicago Bears, George Halas and Jim Finks decided on drafting a young man that would become the heart and soul of Halas' final championship team. That was Walter Payton," said former Bear Dan Hampton, a Hall of Famer and teammate of Payton.

Sculptor Chad Fisher has created lots of other works of athletes, but he said this was different.

"It's surreal, amazing to have this privilege," said Fisher.