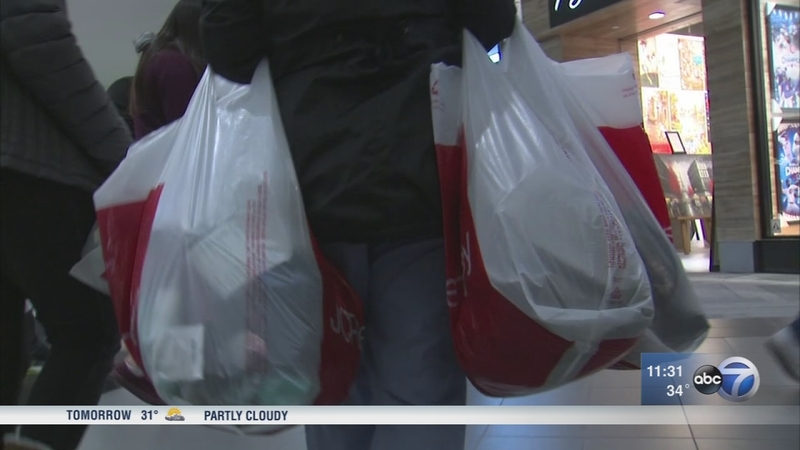 CHICAGO (WLS) -- The new 7-cent tax on disposable bags at Chicago stores has been pushed back one month to Feb. 1.

The so-called "check out bag tax" applies to all Chicago retailers, not just large grocery chains.

Only takeout and restaurant bags won't be taxed 7 cents. All others will.

On big shopping days, such as Black Friday, people going from shop to shop will end up paying that tax again and again. But the president of the Magnificent Mile Association, John Chikow, said he doesn't think they will mind.

"I don't think it'll have any impact on shoppers on the Magnificent Mile. I don't think a guy buying something at Tiffany's will whip out a Target plastic bag to save 7 cents," he said.

Businesses received letters last week informing them of the changes.