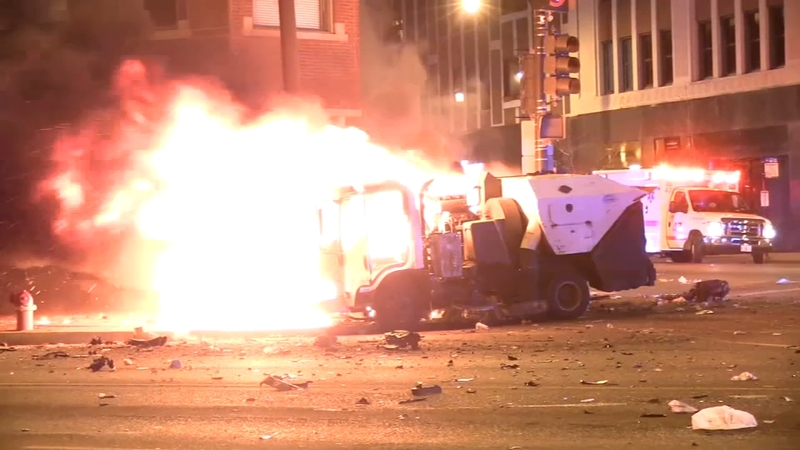 A male driving a black Dodge sedan slammed into an unoccupied parked vehicle about 2:30 a.m. in the 4000-block of North Cicero Avenue, Chicago police said.

Four people were taken to area hospitals in critical condition.

Three people were in the car, including the driver who was placed in custody and is under arrest at an area hospital.

Police sources said the crash appears to be alcohol-related, and the driver was taken into custody.

A 32-year-old woman in the car suffered three gunshot wounds to the stomach, police said.

Bullet casings were found at the scene, police said.

A fourth male was found laying on the ground nearby and taken to the hospital as well, but it was unclear Monday morning whether he was involved in the crash, police said.

Police believe that the fourth victim is the driver of the private company street sweeper.