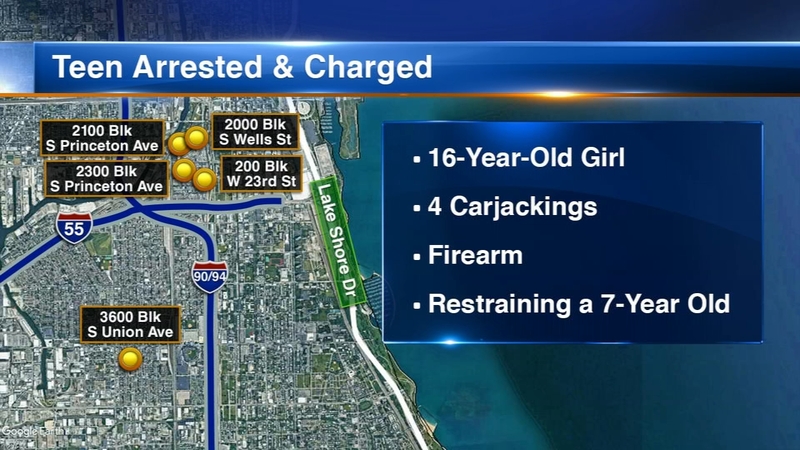 CPD said the girl, who is not being named due to her age, was arrested Wednesday in the 2400-block of South Western Avenue.

Police said she is charged with four felony counts of aggravated vehicular hijacking with a firearm for incidents in February and March.

Police said the teen then carjacked a 27-year-old man in the 200-block of West 23rd Place on February 21.

The final charge is for a carjacking involving a 35-year-old man in the 2300-block of South Princeton on March 24.