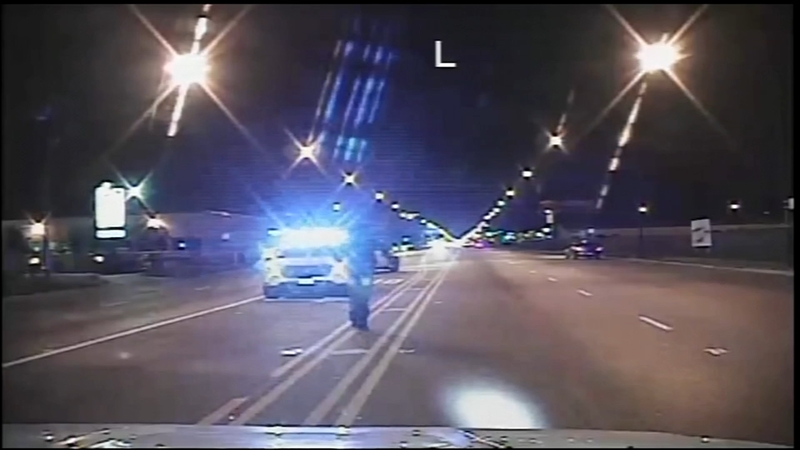 CHICAGO (WLS) -- The Chicago City Council has passed an ordinance to create more civilian oversight of the Chicago Police Department.

The ordinance cleared the council's safety committee Tuesday night, and passed the full council by a vote of 36-13. It now goes to the mayor's desk.

The plan is a compromise between the mayor and community groups, and was the subject of heated debate.

The fight for civilian oversight began six years ago after the death of Laquan McDonald.

"I think that we finally have a mechanism, another tool in the toolbox that will connect the community and the police so we can get the clearance rate down, we can solve crimes," said 6th Ward Alderman Rod Sawyer.

Outside City Hall, supporters gathered to celebrate with grassroots groups who helped bring the ordinance to fruition. And while they said the plan is not perfect, they agree it's a step in the right direction.

"Finally, we are able to celebrate this small but mighty step forward," said Cydney Wallace, Jewish Council on Urban Affairs.

Still, there was boisterous debate before the vote on how effect the new ordinance will be and what it will actually accomplish.

"This ordinance is predicated upon the belief that we will empower our communities. That we will give them a real seat at the table and give them a real voice, that we can make our policing system better, and we can have a safer city in every single neighborhood," said 35th Ward Alderman Carlos Ramirez-Rosa.

"We don't need police reform we need family reform, families need to start taking ownership and watching over their children and protecting their community," said 38th Ward Alderman Nick Sposato. "We can't be blaming the police for everything. We already have 11 oversights that I see."

The ordinance creates a seven member civilian oversight board that will recommend candidates for police superintendent and COPA administrator, and has the power to fire the COPA chief. It would also make recommendations on police policy. But Chicago's mayor retains the power to hire and fire the CPD superintendent.

"If we can't fix the cracks in our Chicago Police Department we can't really reshape the future of this city. You know, our police department has to be open to that change," said 29th Ward Alderman Chris Taliaferro.

"This acronym isn't going to make people come out and talk to them anymore, what it's going to do is make police want to interact just a little bit less in fear that everything they do will be recorded on this," said 41st Ward Alderman Anthony Napolitano, holding his cell phone.

Mayor Lightfoot said the ordinance will not solve every problem, but after six years it was time for civilian oversight of police.

"We've absolutely made progress but there's much more work to be done, and none of us can outsource our responsibility to get that work done," she said.