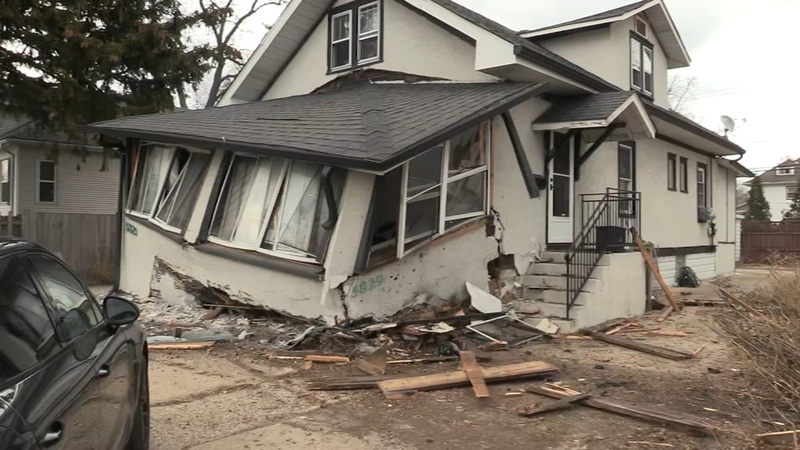 CHICAGO (WLS) -- One house partially collapsed and another house was damaged on Chicago's Far Northwest Side after being struck by a car overnight.

Chicago police said a 32-year-old man driving a BMW was sideswiped by another driver, causing him to lose control of his car as he drove northbound in the 5800-block of N. Harlem around 12:35 a.m. Friday.

The man hit two houses and had to be extricated from his vehicle. He was taken to Lutheran General Hospital and was initially reported to be in good condition.