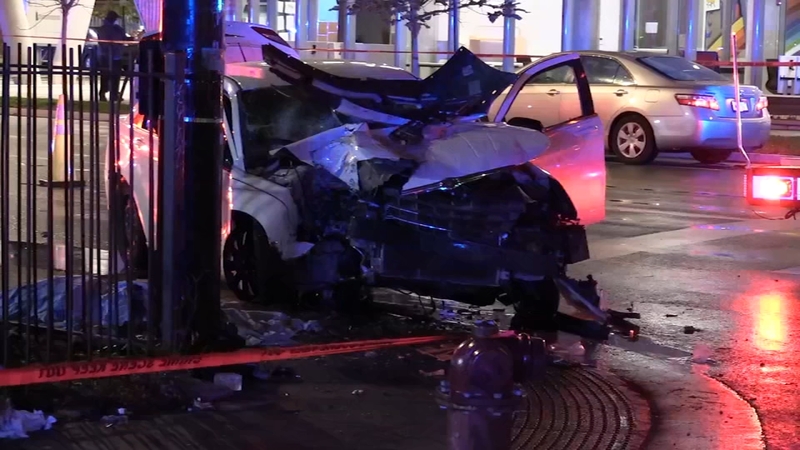 CHICAGO (WLS) -- An 88-year-old woman was killed and another was seriously injured when a driver ran a red light and drove up on a sidewalk on Chicago's North Side Friday.

Chicago police said a 25-year-old man was driving southbound on Western Ave. when he ran a red light at Pratt Ave. and crashed into another car making a turn at the intersection in the West Ridge neighborhood around 5:20 p.m.

His car then struck two female victims on the sidewalk, police said.

The 88-year-old pedestrian was pronounced dead on the scene, and another woman was rushed to St. Francis Hospital in "grave" condition, according to police. The deceased victim has not yet been identified.

Police said the driver was also taken to St. Francis Hospital with minor injuries. The driver in the vehicle he crashed into declined medical attention at the scene.