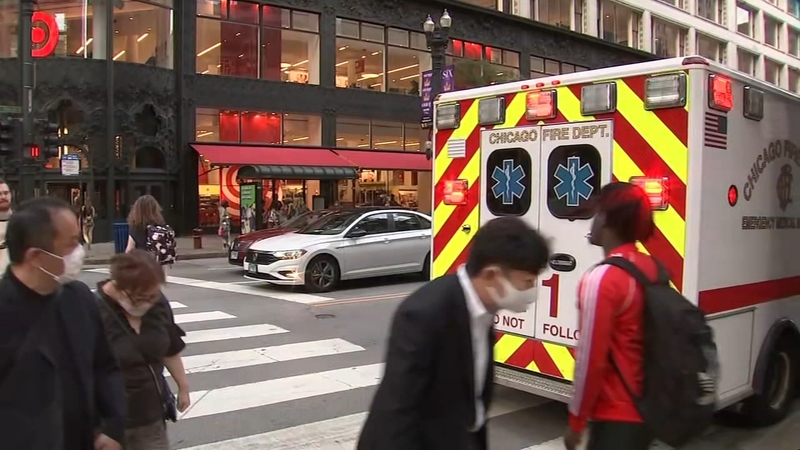 CHICAGO (WLS) -- A man attempting to steal from a store in the Loop cut two employees and sprayed them with some sort of chemical, Chicago police said.

The incident happened shortly before 7 p.m. Thursday. Police said the man walked into a business in the 0-100 block of West Madison and attempted to take some items.

He was confronted by store employees and caused lacerations to two of them, police said. He also sprayed two of the employees with some sort of chemical. Then he fled.

Both workers are expected to be OK and refused treatment.