4 injured, including 2 juvenile suspects, in South Side stolen SUV crash 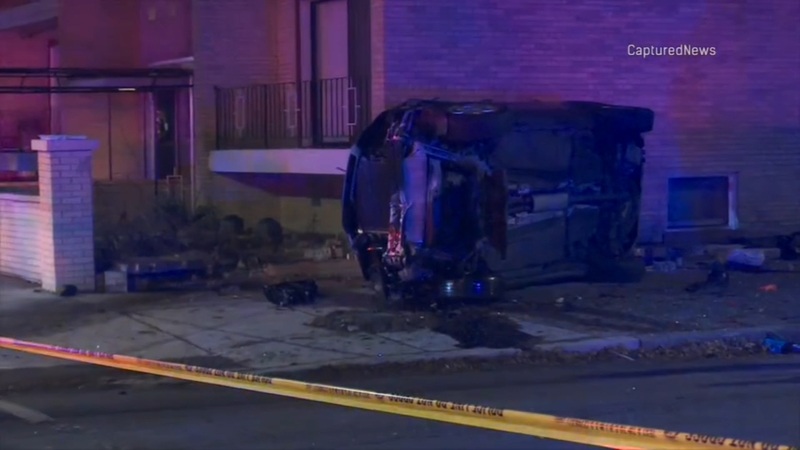 CHICAGO (WLS) -- Charges are pending against two juveniles after they crashed a stolen SUV into another vehicle on the South Side.

According to police the SUV had been stolen from outside a home near 78th and Ada after a woman left it running outside the residence.

The woman's boyfriend decided to drive around to look for the car. He spotted the vehicle in the 7400-block of S. King Drive. The juveniles then tried to speed away on the westbound side of 74th when they hit another car on King Drive, police said.

The stolen car then flipped and struck a building.

The crash left four people injured, including the two suspects.