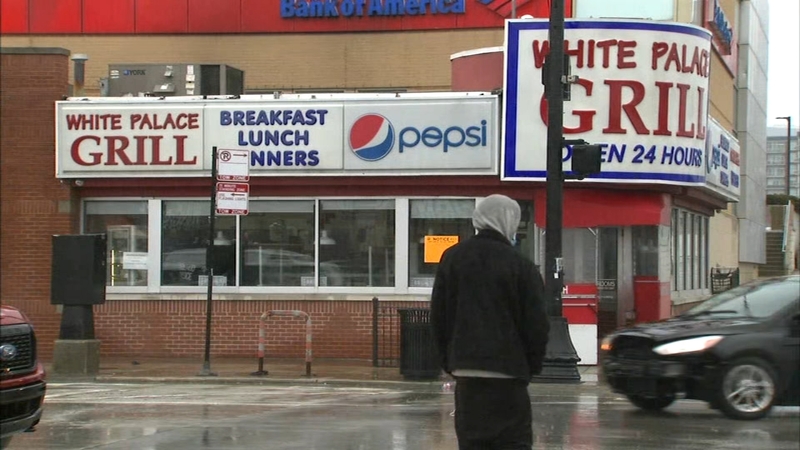 CHICAGO -- The White Palace Grill has been shut down temporarily by the city over safety issues.

According to the city, the popular 24-hour diner was closed for issues including no emergency lights, no working smoke detectors, expired fire extinguishers and water coming in through light fixtures.

The restaurant announced the closure on its Facebook page Tuesday citing building violations but said it hoped to reopen soon.

"White Palace is temporarily closed to address notices received about building violations," the restaurant wrote on its Facebook page. "We look forward to reopening soon and welcoming you back as soon as possible! Thank you for your business!"