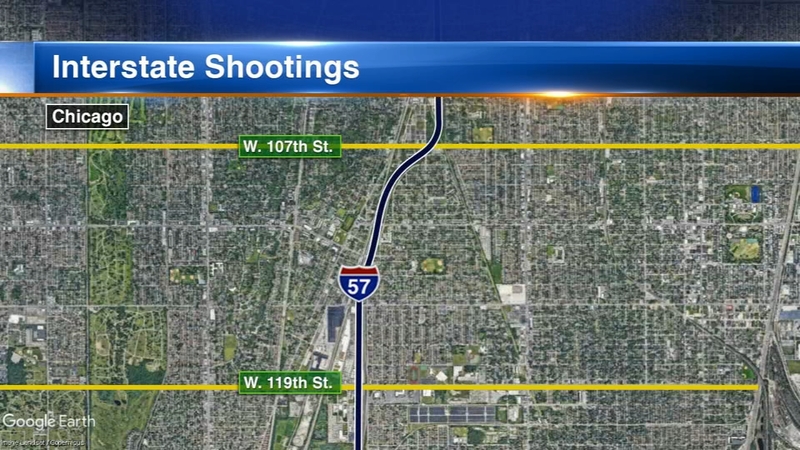 CHICAGO (WLS) -- Three people were wounded in a shooting on I-57 in Chicago Sunday night and a separate shooting on the same expressway left a car damaged.

The first shooting occurred at about 11:19 p.m. as someone fired shots from a car driving southbound near 119th Street, Illinois State Police said.

Three people inside a car were wounded in the shootings and were transported to the hospital with non-life-threatening injuries, police said.

About an hour later, police responded to another shooting on I-57 that left a car damaged.

The shooting took place near Halsted Street as a car traveling southbound fired shots at another vehicle, police said. The driver of the vehicle that was shot at was not injured, police said.