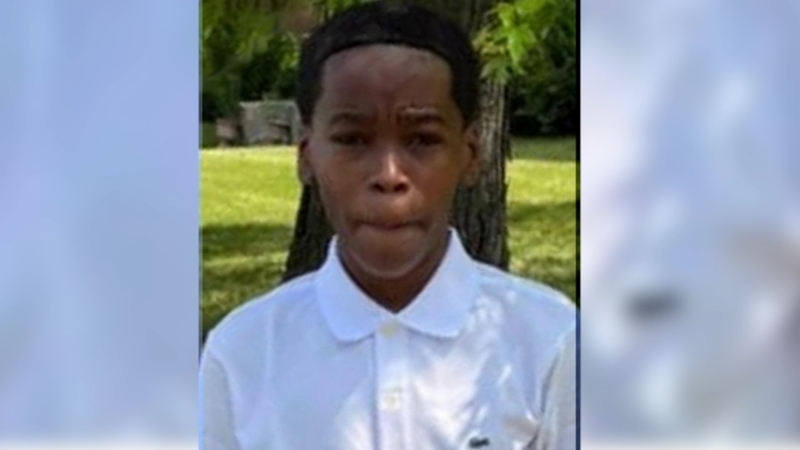 CHICAGO (WLS) -- The first major case being targeted by the FBI in Chicago with additional federal resources from Operation Legend is the murder of a 14-year-old boy on the Fourth of July.

"It's very relatable to me, personally, because I was a young man playing in that same neighborhood, where this incident occurred. It's down the street from where I lived at one point in Chicago," FBI-Chicago Special Agent in Charge Emmerson Buie Jr. said in a news conference at the bureau's West Side headquarters Friday.

For Buie, what happened to Vernado Jones literally hits close to home.

In Englewood, on the Fourth of July, Chicago police say video shows multiple suspects walking west on 62nd Street toward Carpenter Street. Then, as the firecrackers go off, a suspect wearing a bright yellow sweatshirt and dark pants fires multiple gunshots into the celebrating crowd.

Gunshots hit eight people, killing four of them; the youngest was Jones. After the attack, according to Chicago police, the suspects fled back east on 62nd street toward Morgan Street.

FBI Chicago has named the Englewood murder of a 14-year-old as its first Operation Legend target.

"Every day I'm sad, and I'm tired of reading another person, another young person, another child won't have the opportunity to play, to dream, to grow up and most importantly, just to dare to be great in the society we have today," Buie said. "To dare to go out and make a difference and make a change and create a world better for themselves."

On Friday, nearly five weeks later, no arrests have been made, and the FBI is asking for somebody who knows something to say something.

The FBI is offering a $25,000 reward and urging even anonymous information that could help solve this case.

Agents will be passing out business cards in the neighborhood and to community activists with the FBI tip line: 1-800-CALL-FBI (1-800-225-5324) and tip website tips.fbi.gov.