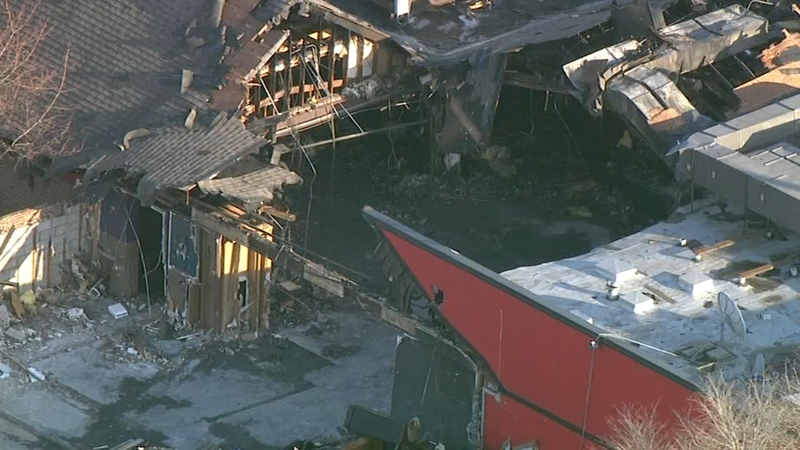 The building was badly damaged in a fire early Monday morning on the Far South Side.

Flames shot through the roof of the restaurant at 9156 S. Stony Island Ave., and firefighters attacked the blaze from multiple sides just after 6 a.m.

It was put out just before 7 a.m. No one was reported injured, according to CFD.

City inspectors determined the remaining portions of the building were "structurally compromised and unsound" and posed "an imminent threat to public safety."