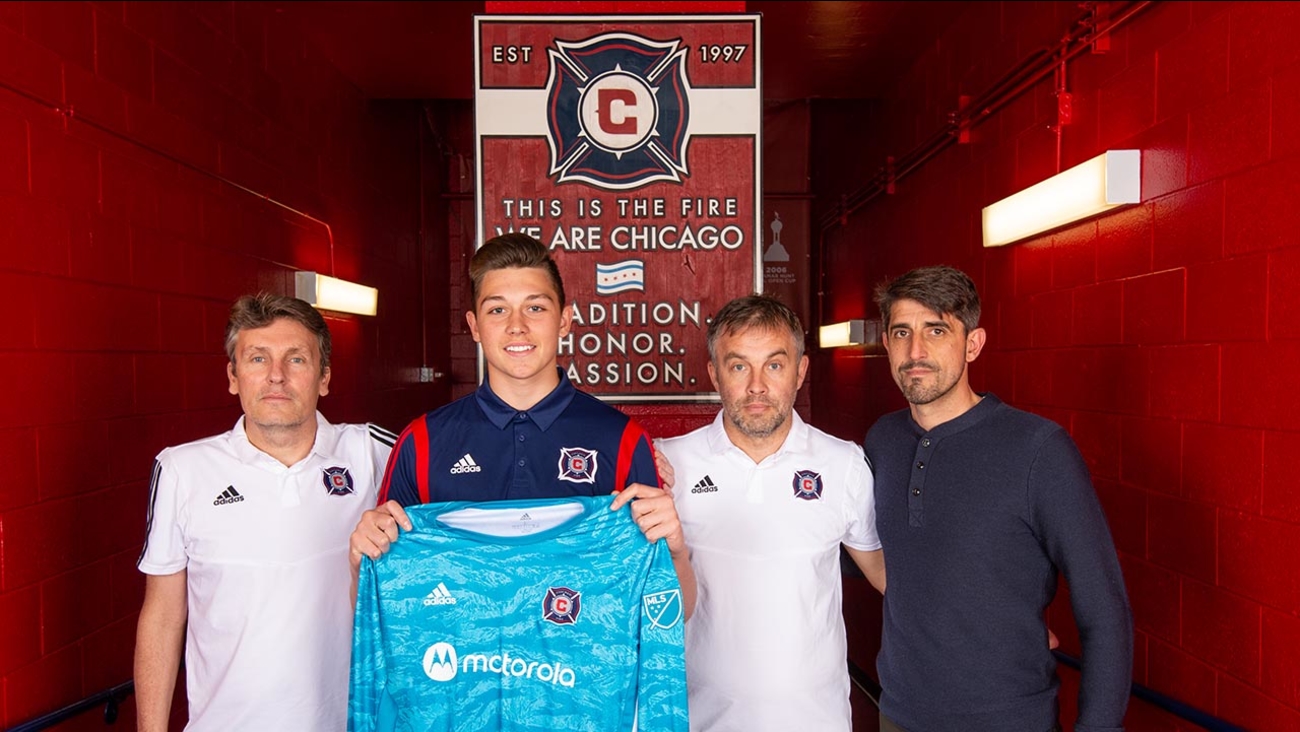 CHICAGO (WLS) -- What were you doing at 14 years old? Gabriel Slonina certainly has quite the story to share: signing a contract with the Chicago Fire. The Major League Soccer club announced the deal in a press release on Friday.

An Addison native currently attending Addison Trail High School, according to the Fire, the young goalkeeper has played in the Chicago Fire Academy for the last 3 seasons. That means with his signing, Slonina becomes "the youngest Homegrown Player in MLS history," per the press release; the announcement also said Slonina's becomes "the second-youngest player signing in MLS history" overall. The team added that he's under contract through the 2022 season; the club has an option for 2023.

"While we would always prefer not to sign players at such a young age, a convergence of factors made his signing at this particular moment the right course of action for everyone. We will be patient and deliberate in advancing Gabriel's development while ensuring he retains some normalcy as a teenager," said Chicago Fire Soccer Club President and General Manager Nelson Rodriguez in the team statement.

Slonina's getting more than just Windy City experience. The Fire release said he's attended training camps with the United States Boys' National U-14 and U-15 teams.