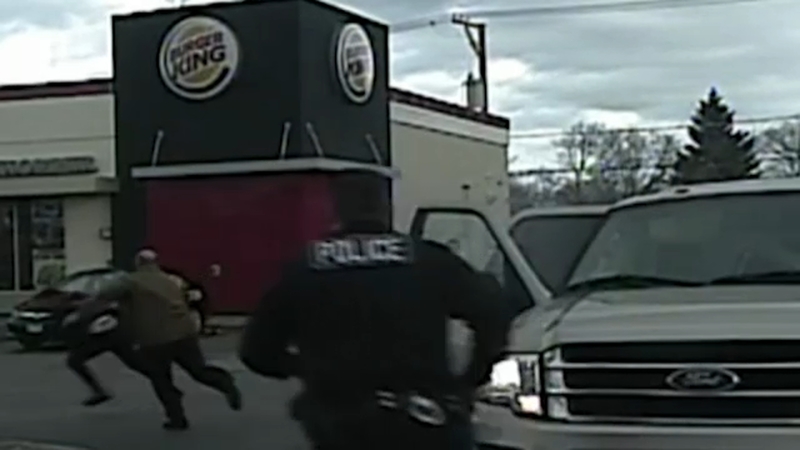 Chicago police say all gang funerals are under surveillance

Such surveillance by CPD patrol units was underway Thursday in North Lawndale when police say a gun was tossed out of a moving car and an officer injured during the subsequent chase.

The incident was the latest in a string of violent funeral-related incidents.

So many gang funerals have devolved into mayhem that Chicago police officials regularly send lists of potentially violent processions to suburban departments where burials are to take place. One of the most outrageous occurred two years ago when four people were arrested in west suburban Hillside after police said they fired guns from their car during the cortege.

It was just about a year ago that a Chicago rapper's memorial went haywire with mourners' guns blazing in front of a South Side Baptist church. That funeral was for a 25-year old rapper who himself was shot dead in a double-victim attack.

While most funerals are peaceful and reverent, those that aren't can be frightful for attendees and bystanders, and dangerous for police. Hillside's police chief personally chased gun toting mourners leaving a burial in his town.

"I saw a gun in the gentleman's hand that was driving the car," said Hillside Police Chief Joe Lukaszek. "I just couldn't in good conscience let that car get on the highway,"

As an I-Team investigation found, funeral violence has happened on highways, in graveyards, at churches- even inside funeral homes.

"A gentleman went up to the casket, somebody came up to him. They thought he was the one that killed the person, so they stabbed him in the funeral home," funeral director June Williams told the I-Team.

In 2017, then-Cook County commissioner Richard Boykin called the conduct "savagery. I've never seen anything like it. But we are in a crisis here in the city."

Following I-Team reports, in 2018 Boykin formed a special task force to deal with the problems, resulting in a proposal to mandate gang funeral intelligence and increase security at "high risk" funeral services. A spokesman for the Cook County sheriff said many of the task force recommendations have already been implemented, even without direct action by the county commission.

Chicago police have not said whose funeral caused the commotion Thursday, nor where it occurred.