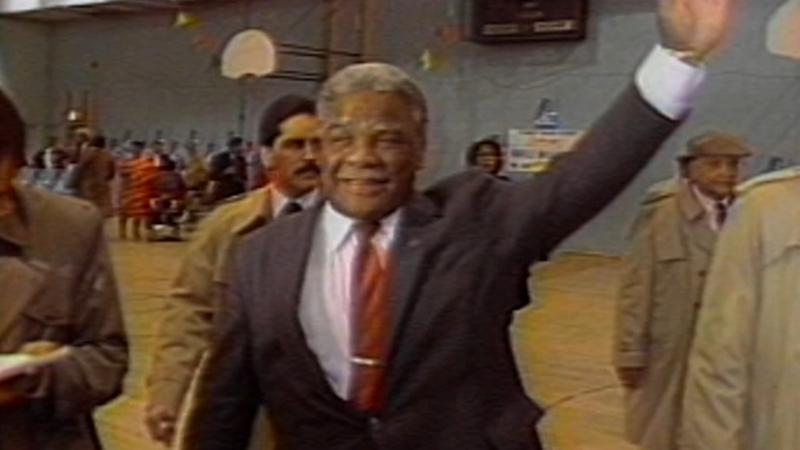 "One of the biggest activists that we are focusing on this month is Harold Washington," said Jeremy Murphy, senior club director at the Union League Boys & Girls Club.


The Union League Boys & Girls Club in Pilsen is making sure kids learn about Washington and other leaders. The goal is knowledge and pride.

"A really special thing that occurs whenever I hear something that I think that's amazing," said 11-year-old Jorge Flores. "He was the first African American mayor to be elected in Chicago. And that's really inspirational to think of."

Washington has been credited with changing the atmosphere and politics of Chicago, adding hope and inspiration for generations to come. The club celebrated his life by creating an art project in honor of notable figures in Black history.

"I respect the Black people that fought for our civil rights," said 9-year-old Jonathan Miller.


He was also excited to share his knowledge of Harold Washington.

"He has a very good vocabulary, and he was very smart and he was the mayor," Miller said.

Club leaders said they are dedicated to making sure the children know the full scope of Washington's impact on Chicago.