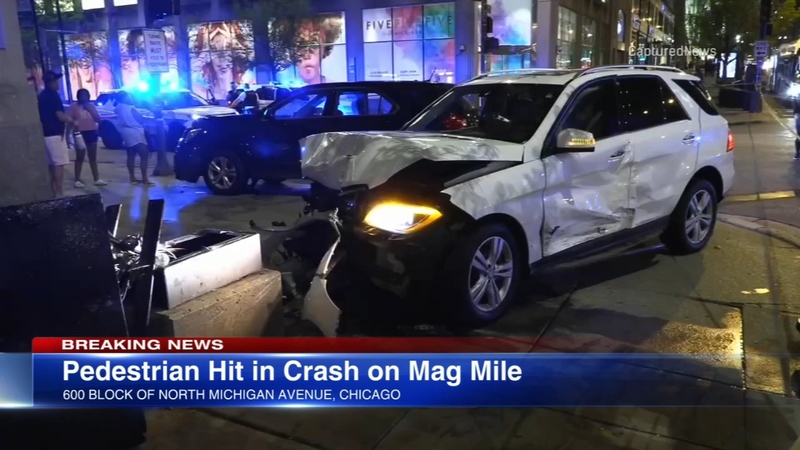 CHICAGO (WLS) -- Chicago police say a pedestrian was struck by a hit-and-run driver on the Mag Mile Thursday night.

According to police, someone driving a white Mercedes tried to drive away from a traffic stop near Michigan Avenue and Ohio Street around 8:45 p.m.

The driver then struck a parked car, colliding with a building and later struck the pedestrian, police said.

Police said the people who were in car the then ran from the scene.

The 38-year-old male sustained injuries to his leg and was taken to Northwestern Memorial Hospital in good condition, according to police.