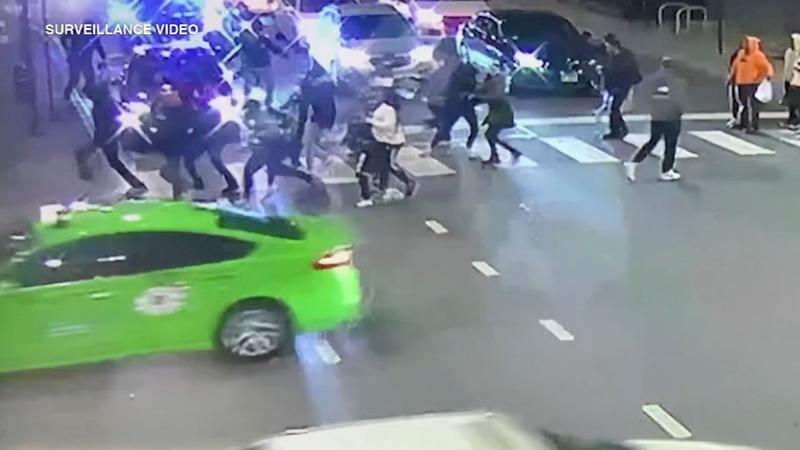 CHICAGO (WLS) -- New surveillance video from a police pod camera given to ABC7 by a source shows the moments before a CPD sergeant and two civilians, including a 5-year-old girl, were injured by a driver fleeing a traffic stop in River North this weekend.

Three people are injured, including a police sergeant and a 5-year-old girl, after the Saturday night hit-and-run.

Police said the sergeant was conducting a traffic stop near State Street and Grand Avenue just after 8 p.m. in the Near North neighborhood. When the officer asked the driver of a red Honda to get out of the vehicle, police said they refused, put the vehicle in gear and drove off, striking the sergeant and swerving into a crowd of people crossing the street.

"He was asking for his documents and then the guy in the car, just like, took off. He hit a lady! She flew in the air, like crazy, and the officer was holding on to the door. The officer got dragged, and he hit another officer and, like, sped that way. It happened in, like, a matter of ten seconds, all that happened," said Joshua Schaffer, who witnessed the incident.

The police sergeant was transported to the hospital with non-life-threatening injuries. The woman and girl were also transported to hospitals in good condition, officials said.