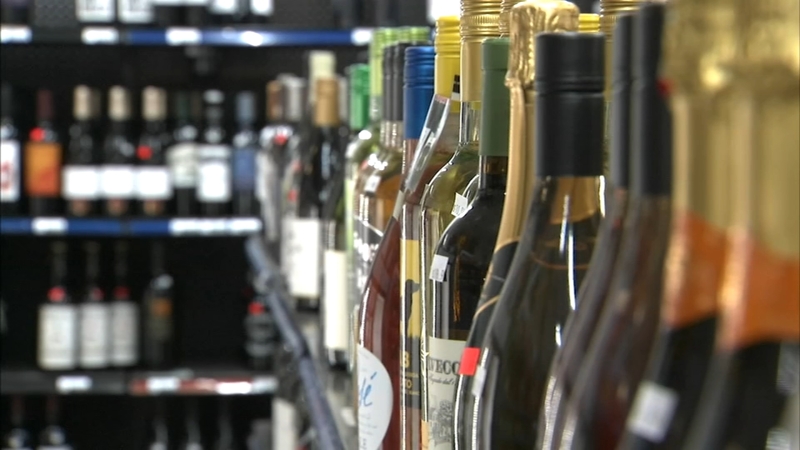 CHICAGO (WLS) -- A proposal by Mayor Lori Lightfoot to keep a liquor sales curfew that was put in place during the pandemic is coming under fire tonight.

The mayor is pushing the idea of a 10 p.m. cut-off for package sales.

However, many business owners are crying foul and some aldermen say it's a bad plan.

"These current hours going, I can't even afford the rent. I'm already three months behind in the rent and I'm struggling to just to keep it open," Sonani said.

Sonani has a license to stay open until 2:00 a.m., but has been closing at 11 p.m. because of slow sales. He said the city needs to do more to help small businesses.

The mayor defended her plan Thursday, saying it's a quality of life issue in some areas, citing that she thinks a curfew would prevent people from loitering around stores that sell alcohol and calls it a safety concern.

"Nobody should have to suffer because of liquor sales that stretch into the earlier morning hours that then become a real magnet for problems in neighborhoods," Mayor Lightfoot said.

Despite her reasoning, she is already getting a lot of pushback.

The group representing businesses that sell alcohol is expressing frustration, because after voluntarily agreeing to close early during the pandemic to encourage people to stay home, the mayor's new proposal caught the group off guard.

"To spring this on this particular set of business owners and not provide any justification, not engage in advance discussions, is really a slap in the face to all of these business owners," said Rob Karr, President and CEO of Illinois Retail Merchants Association.

RELATED: Chicago bars, restaurants that serve alcohol required to close by midnight each night to slow spread of COVID-19

Alderman are also not sold on the mayor's curfew idea.

"We've seen early curfews during the year, but we have not seen a corresponding decrease and incidents of violence," said Ald. Jason Ervin, 28th Ward.

"My preference would be to use our administrative tools to crack down on bad actors and hopefully, perhaps, negotiate on the closure hour," said Ald. Brendan Reilly, 42nd Ward.