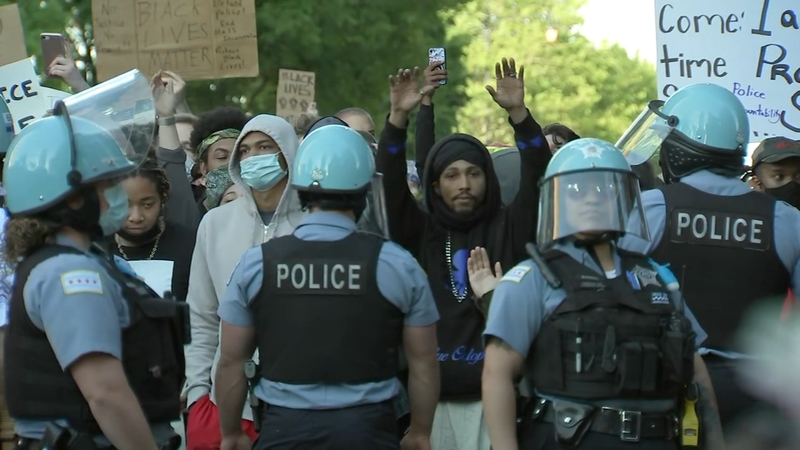 CHICAGO (WLS) -- Tensions ran high as protests and looting continued throughout the Chicago area over the weekend.