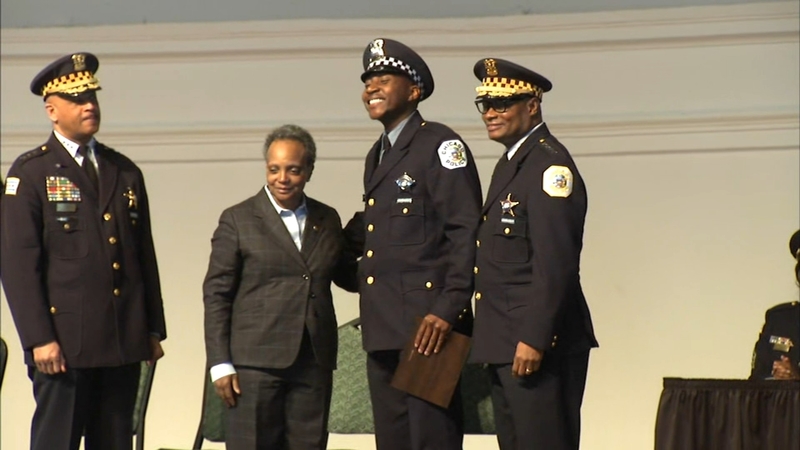 Officer Joseph Hill is one of the many new faces of the Chicago police as a department still struggling with questions of badge bias actively works to recruit people of color and women to their ranks.

"There's a lot going on. I want to be the change," Hill said. "I'm African American, so I thought it would be a good fit for me."

The 27-year-old college educated father from the South Side is among the 80 most recent graduates from CPD's academy. It's a class police say is 68% minority and 26% female.

The homegrown cop is prepared to hit the streets as data from a July 2021 report by the city's inspector general's office found that Black applicants are far less likely to get on the force than their white or Latino counterparts.

"Currently today, our police force is 54% people of color, that's today," Chicago Police Supt. David Brown said. "So we're not where we want to be, but we've made significant progress."

The IG report also found that while Black candidates make up 37% of the applicant pool, only 18% of them are ultimately invited to the police academy. Meanwhile, the proportion of Asian, Latinx and white candidates increased.

Because of that, Brown said some policies have already been changed. Applicants who fail the physical fitness test the first time can take it again.

"We do not believe you have to sacrifice quality for diversity," Brown said.

And while the inspector general recommends improvement to the processes, like streamlining the application and test prep, Northwest Side resident and new Officer Michelle Rosado, who graduated the academy with distinction, had this advice for people of color looking to invest and make their neighborhoods safer and better.