The new system is expected to launch Thursday and is called the "Criminal Enterprise Information System," CPD said.

According to CPD, this new database will allow officers to better prevent, investigate and solve gang-related crime.

Mayor Lori Lightfoot's office released a statement, saying overhauling the way in which Chicago police collect, maintain and share information on gangs is a necessary step toward building transparency, accountability and trust between law enforcement and residents.

"Based on national best practices and developed in response to concerns voiced by community members, activists and the Office of the Inspector General, and with an imperative of making sure we use all constitutional tools to keep our residents safe, the Department's reformed Criminal Enterprise Information System (allows) CPD to better prevent, investigate, and solve gang-related crime while also protecting the constitutional rights of citizens," Lightfoot said. "We are committed to further engagement and partnership with the community on this important issue as we roll the new policy out, and going forward, to ensure that both our policing needs and the needs of the community are being met."

The old database has been criticized over the years, with people saying they shouldn't be included because they aren't affiliated with gangs. The new system aims to correct that by requiring more specific criteria to determine gang membership and multi-level reviews of that data.

Individuals can also find out if they are included in the database and ask to be removed.
Report a correction or typo
Related topics:
gang violencegang activitychicago police department
Copyright © 2020 WLS-TV. All Rights Reserved.
CHICAGO POLICE DEPARTMENT 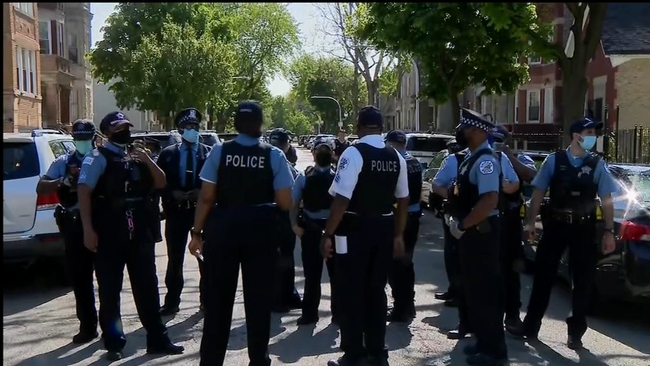