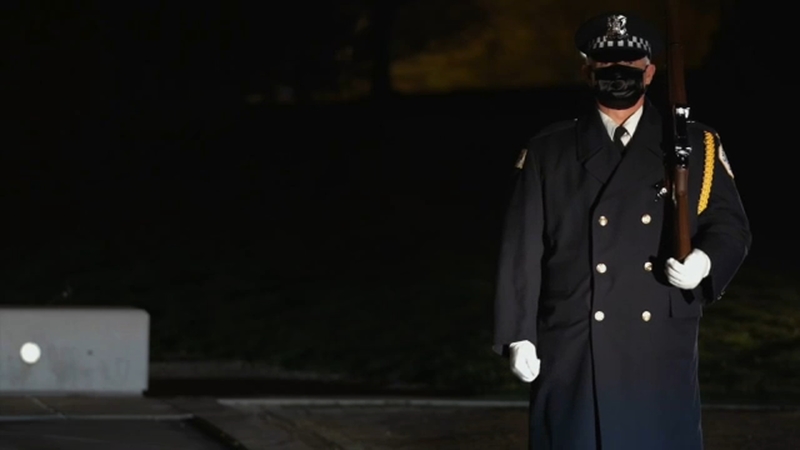 CHICAGO (WLS) -- It's as thoughtful reflection - as Chicago Police Officer Michael Ostrowski talks about his time on the job and as an original member of the department's Honor Guard.

"Each funeral had the same impact. They never got easier," said Retired CPD Honor Guard member, Michael Ostrowski. "We go into this mode called the 'honor guard mode,' where we lock emotions out until after the funeral."

Each of the group's 28 members has a role. Ostrowski's was that of pallbearer.

During his more than two decades with the elite group, he's participated in hundreds of ceremonies and in over 80 line-of-duty death funerals.

The most recent being for Officer Ella French, who will be honored in May at the Illinois Police Memorial in Springfield.

"Each funeral, it hurt the same as the first. It never ever got easier and I promise you, it's still not easy," Ostrowski said.

Ostrowski grew up on the city's Southeast Side and worked at steel mills before becoming a cop at age 35.

The veteran cop joined the Honor Guard while still working stints in the 12th District on the city's Near West Side, the traffic bureau and with the anti-terrorism team.

His wife is still working on the job.

"Now it's a little bit of change. I'm seeing what it was like to watch your loved one go out the door. It's different," Ostrowski said.

Even though he's retired, Ostrowski said he can't see himself not continuing to be a part of the city's communities by supporting the families of slain officers.

"It is amazing, the strength of our Gold Star families. It blows you away," Ostrowski said.