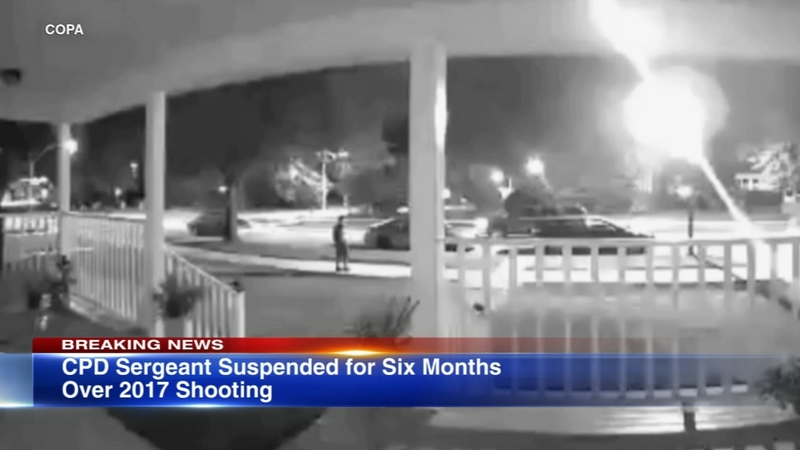 CHICAGO (WLS) -- Chicago police sergeant Khalil Muhammad has been suspended for six months for shooting a teenager with developmental disabilities in Morgan Park in 2017.

Muhammad was off-duty in August 2017 when Muhammad opened fire from a pickup truck, wounding 18-year-old Ricardo Hayes in the chest and arm. A home surveillance camera captured the violent encounter.

The Chicago Police Board found that Muhammad violated the department's Rules of Conduct, following an agreement by Muhammad to plead guilty to several departmental charges, including unlawful or unnecessary display of a weapon, disobeying an order and failing to perform a duty.

The Civilian Office of Police Accountability found Muhammad was not justified when he fired the shots.