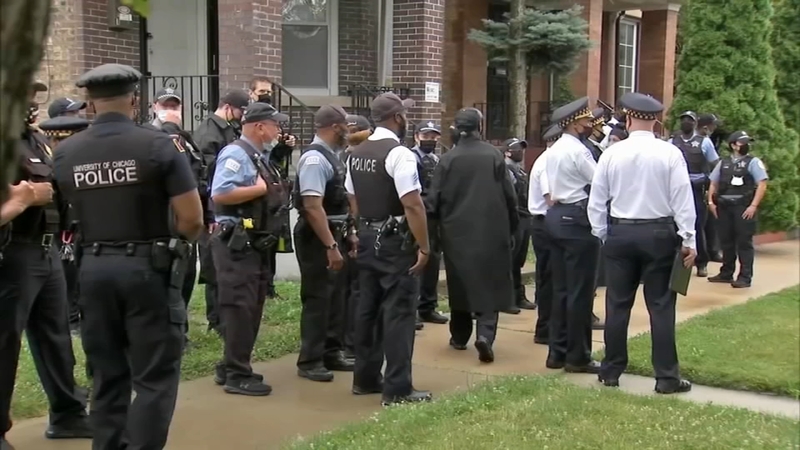 The initiative will be expanded to the 9th (Deering), 10th (Ogden) and 11th (Harrison) districts. The program was first piloted in the 25th (Grand Central) District in January 2019.

Each of the districts will get new District Coordination Officers in the fall. The officers will work directly with residents in the community to resolve neighborhood issues.

"As public servants, our first mission is ensuring the safety and security of our residents and communities, and that's a mission not built on force, but on a foundation of trust. That's why the Neighborhood Policing Initiative is designed to connect residents with their local officers by developing relationships and solving public safety issues together," Lightfoot said. "As part of our 90-day community policing and reform deadline we set earlier this summer, these new officers participating in this initiative will be specially trained by neighborhood residents to not only formally connect them to the specific dynamics within their community but also deepen their understanding of key historical factors related to policing in that district."

"The expansion of this initiative will play a key role as the Department works to rebuild trust within the community," Brown said. "People trust those that they know, and these officers are tasked with getting to know residents within their communities on a personal level."

District Coordinators or DCOs will hand out business cards and get to know residents. That way, Chicagoans have someone they can call to deal with neighborhood problems instead of faceless 911.

"It is what policing has to be. Enforcing only is not sustainable, not successful. Not only does it not connect with the community, it does just the opposite. It tears down trust that you would have when you need to build up trust," he said.
Lightfoot's office said the program has resulted in fewer service calls, including 1,538 fewer 911 calls in the 25th District compared to last year.

Also, there is a new Community Training Academy, which will provide three-day training for officers to "introduce specific dynamics within a given community and deepen understanding of key historical factors related to policing," according to the mayor's office.

The Community Training Academy was created by CPD and the Metropolitan Peace Academy.

"This training provides officers with the history of each community from perspective of its citizens. Officers will get an introduction to key community and business leaders, the resources available within the community and the ongoing challenges they face. It is our hope that this training will provide an opportunity for community members to get to know officers on a human level and set the stage for a new relationship built on mutual respect, trust and collaboration," said Vaughn Bryant, executive director of Metropolitan Peace Initiatives and member of the Players Coalition.

He said all of Chicago's neighborhoods are distinct, and officers need to understand the distinctions and diversity within the police districts.

The training academy for officers is expected to launch the last week of September, with a group of maybe 15 to 20 officers. And while, in the beginning, it will be limited to those who are part of the neighborhood policing initiative, their hope is that eventually every officer will be required to participate.