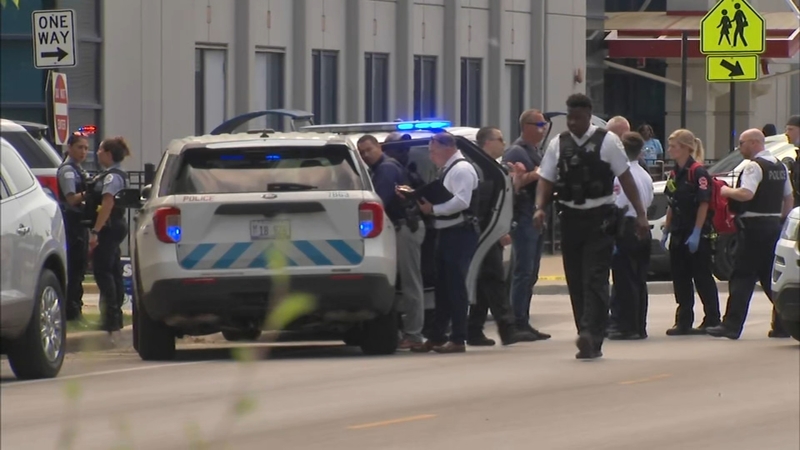 CHICAGO (WLS) -- A Chicago police officer and a suspect are both in the hospital after a shooting in West Englewood Sunday, police said.

At last check Monday morning, the officer was in serious but stable condition. The suspect, who was also shot in Sunday's incident, is in critical condition.

The shooting is the third time in less than a week a law enforcement officer has been shot in Chicago.

Two of the officers are from Chicago police in the 7th District in Englewood. The third officer is a U.S. Marshal.

CPD Supt. David Brown provided an update after an officer and an offender were shot on the city's South Side.

Sunday's shooting occurred during a traffic stop around 2 p.m. near 69th Street and Sangamon Avenue.

Three officers were riding in an unmarked car, making a traffic stop, when police said the man behind the wheel drove down a dead-end alley. He got out of the car and began firing at the officers.

One officer was hit in the arm and torso. His partner, then rushing him to the hospital.

COPA said it obtained body camera footage of involved officers, as well as additional third-party video that captured the traffic stop and the subsequent shooting. COPA said materials will be posted to its website within 60 days unless prohibited by court order.

"Offenders are brazen in harming officers. We've been repeatedly saying for the last 2.5 years now, offenders have shot at and shot officers at a 500% increase," Brown said. "The highest number of officers shot at or shot on record in Chicago. His team members are all shook, as well. It's obviously, the third time this week in Chicago an officer has been shot."

Investigators released a photo of the suspect's weapon, they said, he used to fire at the group of officers.

Chicago shooting: K-9 out of hospital after teen's shootout with US marshal

Brown said he was able to speak with the officer who was shot before talking about the dangers his officers face.

So far, this year, according to CPD data, five city officers have been shot, while at least 22 were shot at.

"I must ask again, when is enough, enough?" Lightfoot said, in part. "How many times must I and my fellow mayors across the country plead with the Senate to take action and end the easy access to illegal guns? How many officers and residents must be victims of gun violence before we act?" 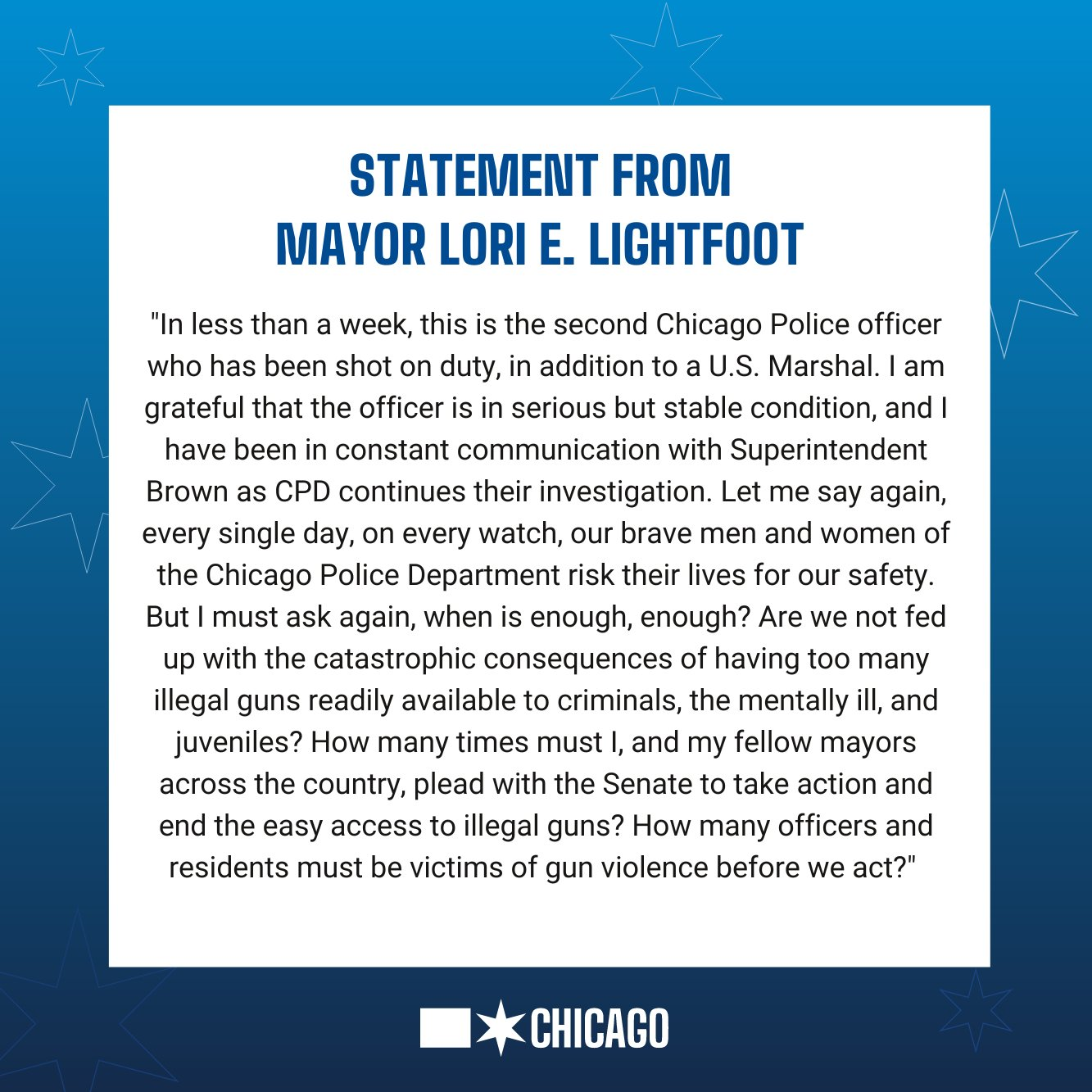 On June 5, 2022, the Chicago Police Department notified the Civilian Office of Police Accountability (COPA) of an officer-involved shooting near 6900 S. Sangamon. COPA investigators immediately responded to the scene and began the investigation.

Based on preliminary information, the incident began when members of the Department initiated a traffic stop. During the stop, the offender discharged a firearm striking one of the officers in the side and left arm. Officers then discharged their firearm, striking the suspect multiple times. The suspect was taken to a nearby hospital. A firearm was recovered on scene.

COPA is committed to full transparency. Materials related to this incident will be posted to our website in accordance with the City's Video Release Policy within 60 days unless prohibited by court order.