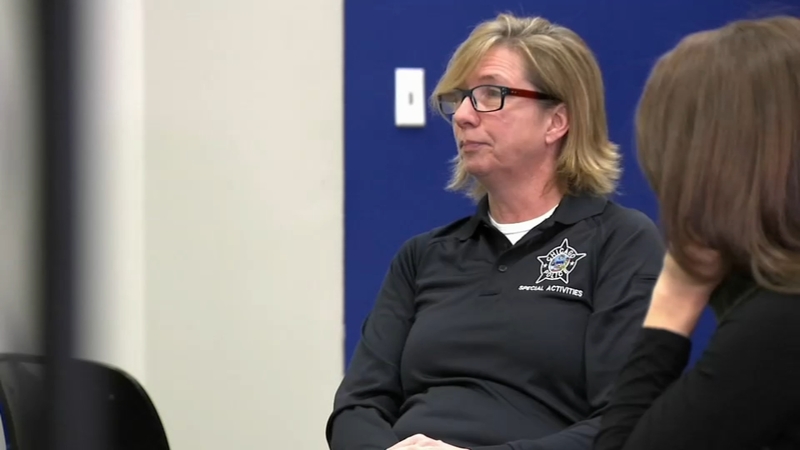 CHICAGO (WLS) -- CPD Sergeant Lori Cooper has been stripped of her police powers after being arrested at the Horseshoe Casino in Hammond on multiple charges.

The charges from the October incident include felony battery against a law enforcement officer.

According to police and court documents, the alleged incident began when a security guard responded to a bathroom "where a casino employee may have been battered" by Cooper, who appeared to be drunk. As security attempted to escort her and another woman outside, Cooper was allegedly "angry, insulting and uncooperative" before "charging and then striking" an Indiana Gaming Commission officer "twice in his chest and stomach."

The alleged incident stands in stark contrast to the grace and compassion Cooper has shown publicly as one of a few hand-picked department members whose job it is to console families of fallen officers at funerals.

In 2019, she spoke with ABC7's Leah Hope about her the honor and responsibility.

RELATED: Inside the CPD unit dedicated to supporting families of fallen officers

"You know, we make promises, Leah, to the families. And we say we'll never forget. A lot of people do get sidetracked with their own things, their own jobs, and our job is to make sure that we hold true on that promise," she said at the time.

Cooper's attorneys issued a statement Wednesday saying, " Lori Cooper is a distinguished twenty eight (28) year veteran of the Chicago Police Department with many accolades and awards. She has served our community honorably and has overseen the operations of many successful units, including advocating and supporting the families of fallen officers.