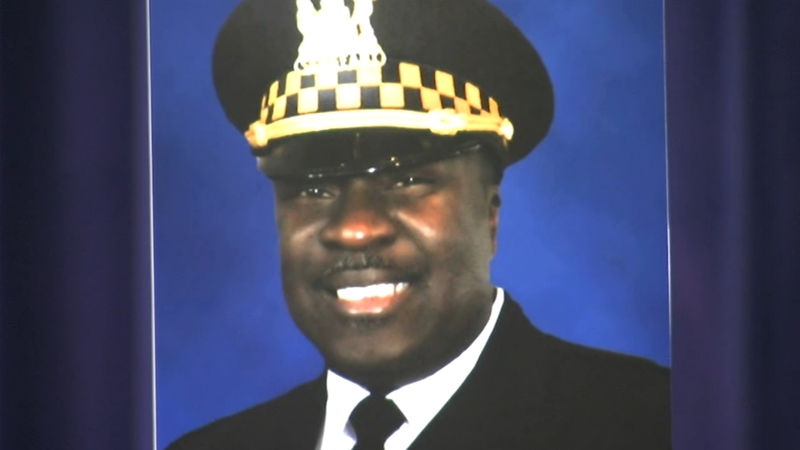 CHICAGO (WLS) -- A Chicago police sergeant is the second member of the department to die after contracting COVID-19.

Today we announce the passing of Detective Sgt. Cliff Martin from complications of #COVID19. He was a Chicagoan through and through and he loved being a Chicago cop. Two of his children followed their Dad's footsteps of becoming a Chicago Police Officer. #NeverForget pic.twitter.com/WE0zWb3JPT

Martin was a 25-year veteran with over 60 department awards. He had a wife and three children.

"Even in her grief, she (Martin's widow) said that her husband would want his death to serve as a warning to civilians that they must stay home," Lightfoot said.

Beck said Martin grew up in a Chicago housing development and worked his way up to become one of the most respected detectives in the department.

Beck said in a written statement Friday: I am saddened to share the devastating news that a second Department member passed away today from complications of the COVID-19 virus. We are still working to inform extended family members and more information will be released as soon as possible. We can confirm this is a sworn member who worked in the Area Central Bureau of Detectives.

Deeply saddened to learn of our second CPD officer to pass away from COVID-19. This death is the latest painful reminder of the danger of this disease and how no one is immune. Our prayers are with their family and fellow officers who are grieving over this terrible loss.

Just 24 hours earlier, the department buried another officer who was infected by the coronavirus. Officer Marco DiFranco died of complications from COVID-19 on April 2.

"We are doing our absolute best to recognize his sacrifice, to recognize the daily sacrifices of first responders in this time of pandemic," Beck said.

"Someone who's out there every day who, you know, as they leave their home and kiss their families goodbye knows that they're exposing themselves potentially to people who have COVID-19, and doing so to protect all of us," Gov. JB Pritzker said. "Those people are worthy of some special note."

Chicago's outgoing interim superintendent said his officers are stretched beyond capacity trying to protect the city and themselves, all while struggling with the grief of losing two of their own.

The 12,000-officer force is being ravaged by the virus. Chicago police announced 86 more confirmed cases of COVID-19 Friday, bringing the number of cases in the department to 237.

"We have a higher sick rate than normal. It's about twice what it usually is. It's right at about 8% right now," Beck said earlier this week. "So we're doing way more than we've ever had to before with less people because of the sick rate."

Four officers who previously tested positive have recovered and are back on duty.