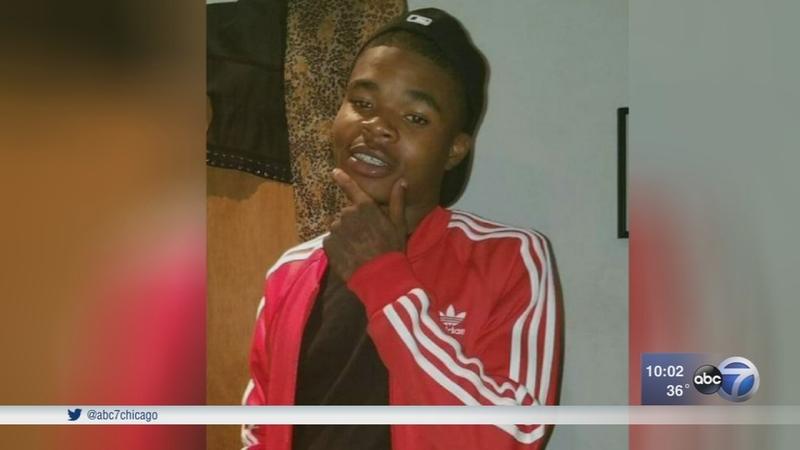 The man's family identified him as Kajuan Raye of Dolton. Raye was shot in the stomach multiple times and later died at Christ Hospital from a gunshot wound to the back. His death was ruled a homicide, according to the Cook County Medical Examiner

The shooting occurred around 11:07 p.m. in the 1400-block of West 65th Street, police said. Raye's family said he was standing at a bus stop with a friend and one other person when police approached them. Each person ran in different directions for unknown reasons and several shots were fired soon after.

"The police rode up, got out the car and told them to come to the car and they both ran. One went one way, the other went the other way and the police officer ended up chasing after my cousin. The friend that was with him ran the opposite direction, he said he heard four shots," said Ahkeya White, Raye's cousin.

White said that they ran because they were afraid.

"They don't look at the police as what's written on the side of the car to serve and protect," she said.

Chicago police released a statement Thursday saying an Englewood District sergeant was responding to a call of a "battery in progress." When he got there, he saw a man matching the description of the offender and when he approached, the man ran off, police said.

The sergeant told investigators that the man turned and pointed a gun at him two separate times during the chase and at some point the sergeant fired shots and struck the man. Chicago Police Superintendent Eddie Johnson said in a statement Thursday afternoon that a weapon has not yet been recovered.

The sergeant was not hurt and has been placed on administrative duties for 30 days. Chicago police could not confirm if the sergeant was wearing a body camera.