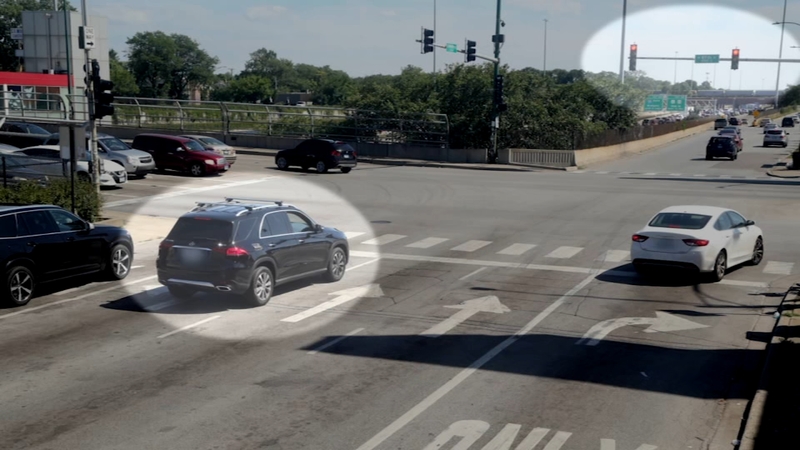 CHICAGO (WLS) -- A frustrated car theft victim said the thief who stole his car got a traffic ticket and left him stuck with the bill.

"It just feels absolutely absurd," Kerry Levin said about receiving a red light camera ticket from the same day and time when his car was stolen. "It was bad enough having it stolen and having to find it myself but then to get slapped with a $200 ticket just feels like piling on."

It all started when he parked on the street for a late summer White Sox game.

He filed a police report, but the next day he found the car himself, locating it with his Mercedes Benz tracking app.

"I tracked the car all the next day, found the car myself, gave the police the address where it was," he explained.

Once police helped Kerry recover his car he thought his case was closed. But in November he received a $200 final determination notice for a red light violation: a $100 ticket for the red light the thieves ran and another $100 for not responding to the ticket fast enough.

"Too late shouldn't matter; we didn't have the car," Levin said.
He said he didn't see the ticket on time because it was sent to the address of his second home in Wisconsin where the car's license plate is registered.

"The city's position was that this has taken you too long to contest this so now it's a $200 fine," he said.

Levin still wrote to the City of Chicago objecting to the ticket and sent them a copy of the vehicle recovery police report. In response, Kerry received that same invoice for $200 with no reference to his objection.

When the I-Team reached out to the City of Chicago, the fines disappeared. The city replied in a statement, saying in part, "After a thorough review, the Department of Finance Citation Administration has dismissed (the) violation."

"Come on guys, get real. You can't be ticketing them for something that the thieves did," Levin said.