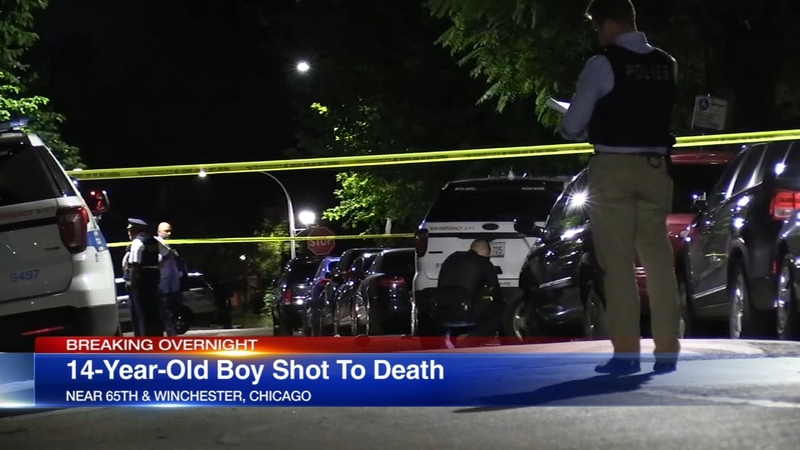 CHICAGO (WLS) -- A 14-year-old boy who was fatally shot in a drive-by on Chicago's South Side was identified to the Cook County Medical Examiner's Office as Tobias Robinson. He lived in the neighborhood where he was killed.

Robinson was standing on the street just after midnight in the 6700-block of South Winchester Avenue in the city's West Englewood neighborhood when someone in a passing vehicle opened fire. Police said that vehicle was a white car.

The teen was shot in the head and transported to Holy Cross Hospital, where he was pronounced dead.

A source said Robinson was a documented gang member.