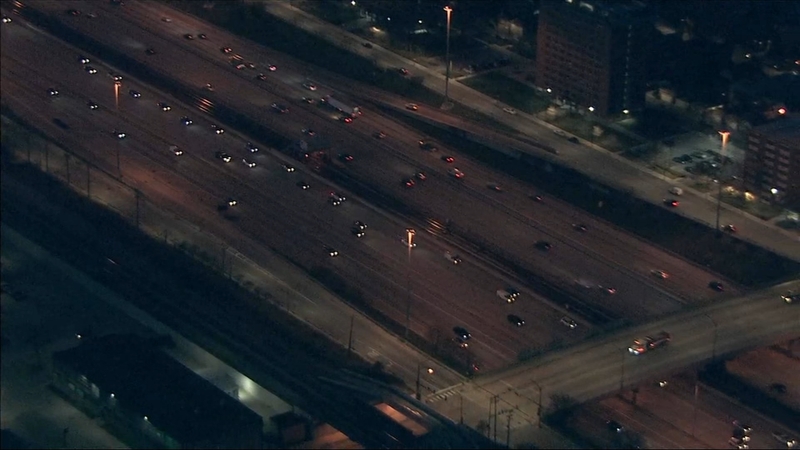 A state trooper witnessed the shots being fired from a vehicle about 3 a.m. on the outbound Dan Ryan express lanes.

The trooper followed the suspects, and two people were taken into custody at 79th and Perry, police said.

According a preliminary investigation, ISP District Chicago Troopers were able to make a traffic stop and safely secure the female driver and male passenger, police said. The male passenger was transported to a local area hospital for a medical emergency unrelated to the shooting, police added.

Two people were taken into custody after a shooting on the Dan Ryan Thursday morning.

Police said no one was hurt. The investigation is still underway as they search for shell casings in the area of the incident.

All southbound express lanes on I-94 from 29th Street to 31st Street were shut down during the investigation and traffic was diverted to local lanes, police said. All lanes reopened around 6:25 a.m.