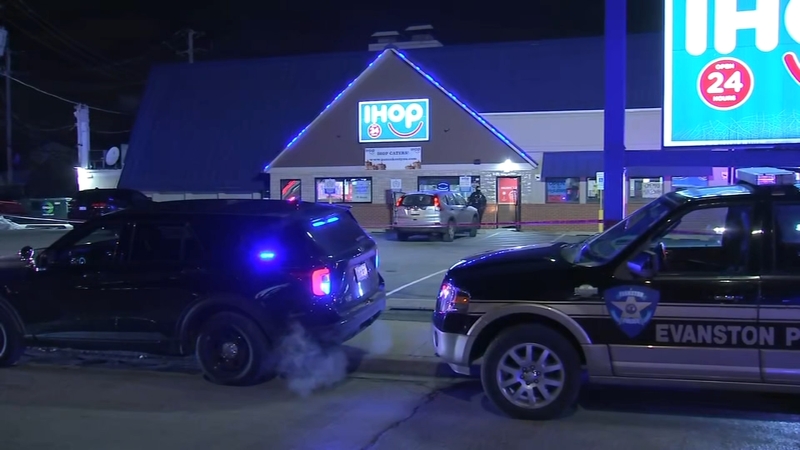 CHICAGO (WLS) -- A 15-year-old girl who was wounded in a January shooting spree that started in Hyde Park and ended in Evanston has died.

She is the fifth person to be killed in the Jan. 9 shooting rampage Chicago police say was carried out by Jason Nightengale. A total of seven people were shot.

On Jan. 9 Smith was riding in a car with her mother at around 4 p.m. in the 10300-block of South Halsted Street when she was shot in the head, officials said. Nightengale is believed to be responsible.

Evanston police released the 911 calls for help from the end of the deadly rampage, as Nightengale terrorized two businesses in the north suburb.

RELATED: 'Brilliant' U of C student killed in shooting rampage

Evanston police first received a call from CVS for a report of shots fired.

"We have a person who just entered the store with a gun. He was firing inside the store trying to get in the cash register," said what appears to be an employee on the emergency call.

From the CVS, Nightengale ran into a nearby IHOP, where police said he shot a 61-year old woman that he took hostage. She later died.

"IHOP in Evanston, shots were fired in our restaurant. Please come help us. Can someone stay on the phone with me? I don't know if I should leave the bathroom," an employee said to the 911 dispatcher.

The CVS and IHOP sit on the Evanston-Chicago border at the center of a busy commercial area. He was killed in a shootout with police as he left the restaurant, headed toward a Dollar General Store.

Police said he shot a total of seven people in Chicago and Evanston before he was killed. Four of those people - Aisha Nevvell, 46, Anthony Faulkner, 20, Yiran Fan, 30, and 61-year-old Marta Torres - died in addition to Smith. Two other people were critically wounded.

Police have not said whether they have determined the motive for the shooting spree. Nightengale posted dozens of videos online in the days leading up to the shooting, flashing guns and ranting about Satan, and his relatives said he was "fighting some demons." No further details about any motive have been released.