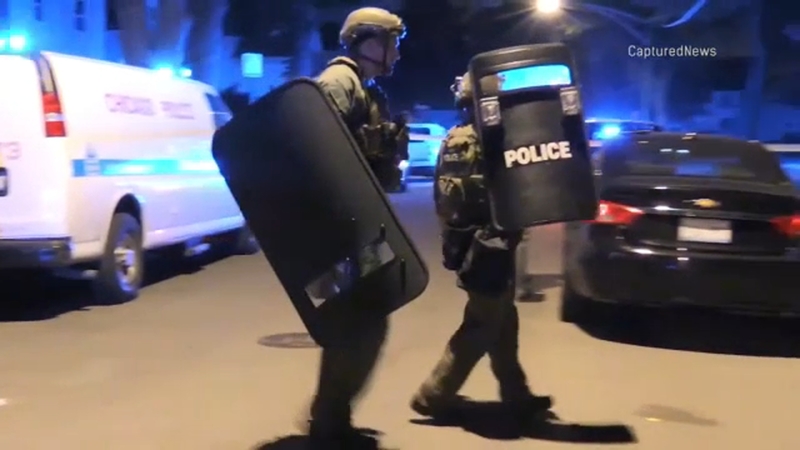 CHICAGO (WLS) -- A SWAT situation in Chicago's South Side Gresham neighborhood ended Wednesday morning, when the suspect managed to evade officers and get away, CPD said.

The area near the 8300-block of South Kerfoot Avenue was blocked off after a suspect barricaded himself in a house in the area, near the spot where Chicago police said he shot two men inside a garage.

Heavily-armed SWAT officers were at the scene since shortly after a patrol officer reported seeing the suspect fire those shots into a garage near 83rd Street and Kerfoot, about 12:25 a.m.

A Chicago police officer also shot at the suspect, as he ran to the house where he barricaded himself, setting up the standoff, according to CPD. It was not clear if the suspect in the standoff was shot when the officer fired the weapon.

RELATED: Texas doctor with terminal cancer believed to have killed physician during standoff

The two men who were shot in the garage were taken to hospitals. One is a 50-year-old man listed in serious condition. The other, a 60-year-old man, is in good condition, Chicago police said.

The standoff ended about 7:30 a.m. when the suspect got away, Chicago police said.

CPD did not provide any additional information about how the individual left the area.